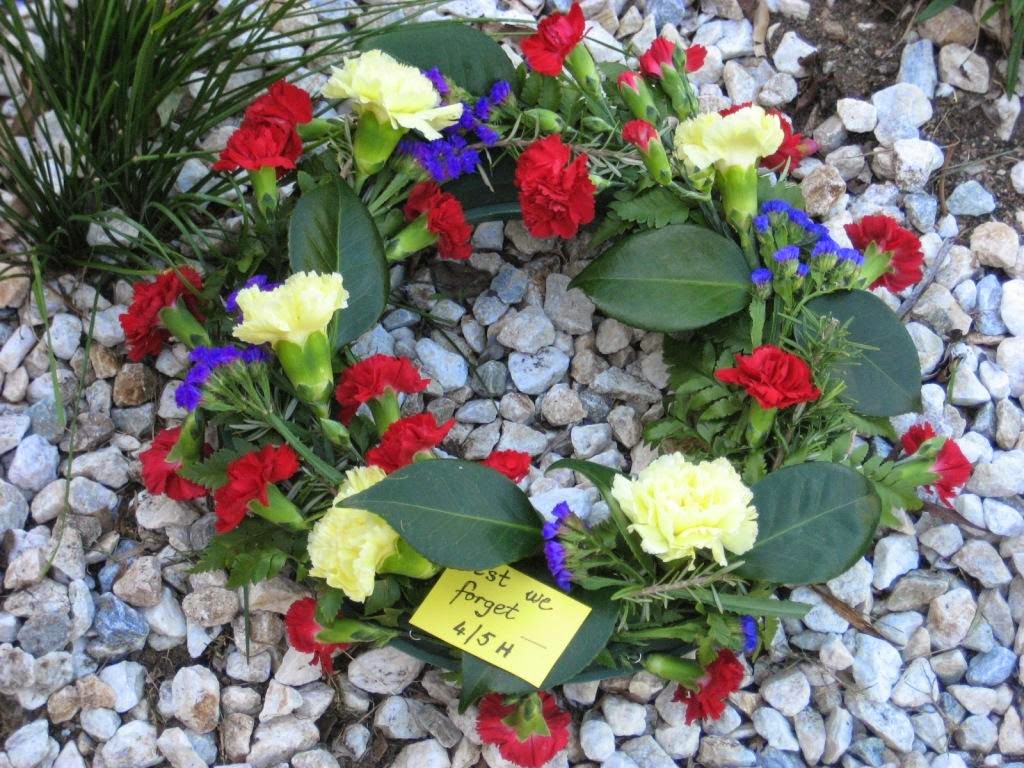 
ANZAC Day occurs on 25 April every year. On this day we honour all the men and women who have participated in wars, conflicts and peacekeeping operations around the world, including the ANZACs (Australian and New Zealand Army Corps) who fought at Gallipoli in Turkey during World War I. Incredibly, 100 years have passed since Australia’s involvement in the First World War.

In the past people have had to fight for liberty and freedom.

We are thankful for many people who went to fight to defend our country.

Many died and many made huge sacrifices.
Many demonstrated extraordinary courage, endurance and bravery.

On Anzac Day we remember those people.

We have had people in our own family who did this.

{share stories or show photos of any in your family if you have it.}

On Anzac Day many people lay a wreath in remembrance and attend Anzac Day Ceremonies.
{We have a plain Christmas wreath I will use for visual}

Because of these people it enables us to live as we do today in safety and freedom.

For the future we hope and pray the people of earth can live together peaceably, be kind to one another and that conflicts may be resolved without force.


During World War 1 and World War 2, the wives, mothers and girlfriends were concerned for the nutritional value of the food being supplied to their men. Here was a problem. Any food they sent to the fighting men had to be carried in the ships of the Merchant Navy. Most of these were lucky to maintain a speed of ten knots (18.5 kilometres per hour). Most had no refrigerated facilities, so any food sent had to be able to remain edible after periods in excess of two months. A body of women came up with the answer - a biscuit with all the nutritional values possible. The basis was a Scottish recipe using rolled oats which were used extensively in Scotland, especially for a heavy porridge that helped counteract the extremely cold climate.
The ingredients they used were rolled oats, sugar, plain flour, coconut, butter, golden syrup or treacle, bi-carbonate of soda and boiling water. All these items did not readily spoil. At first the biscuits were called Soldiers' Biscuits, but after the landing on Gallipoli, they were renamed ANZAC Biscuits.
A point of interest is the lack of eggs to bind the ANZAC biscuit mixture together. Because of the war, many of the poultry farmers had joined the services, thus eggs were scarce. The binding agent for the biscuits was golden syrup or treacle.
As the war drew on, many groups like the CWA (Country Women's Association), church committees, schools and other women's organisations devoted a great deal of time to the making of ANZAC biscuits. To ensure that the biscuits remained crisp, they were packed in used tins such as Billy Tea tins. You can see some of these tins appearing in your supermarket as exact replicas of the ones of earlier years.  The tins were airtight, thus no moisture in the atmosphere was able to soak into the biscuits and make them soft.
Posted by This Girl loves to Talk at 3:18 PM