The last leg of our trip was Launceston to Port Arthur.

This was bridge day. Of course we had to stop and take photos of Australia's oldest bridges. 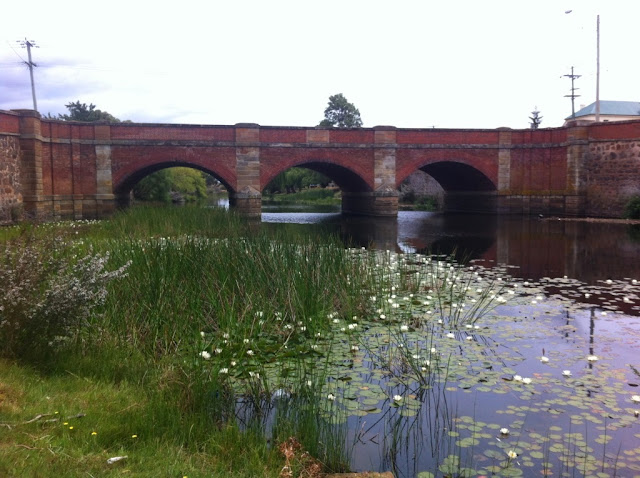 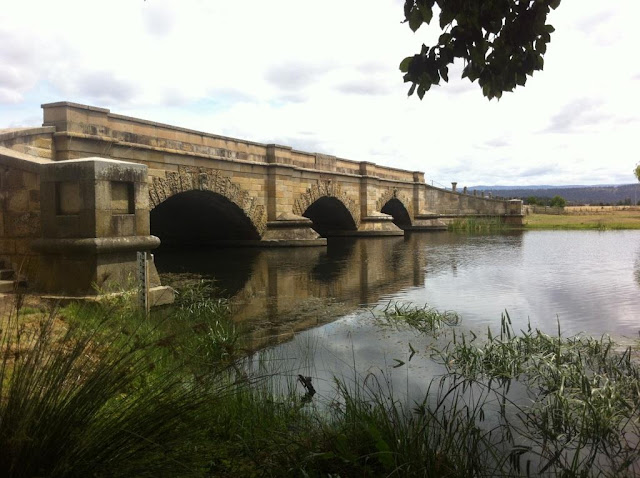 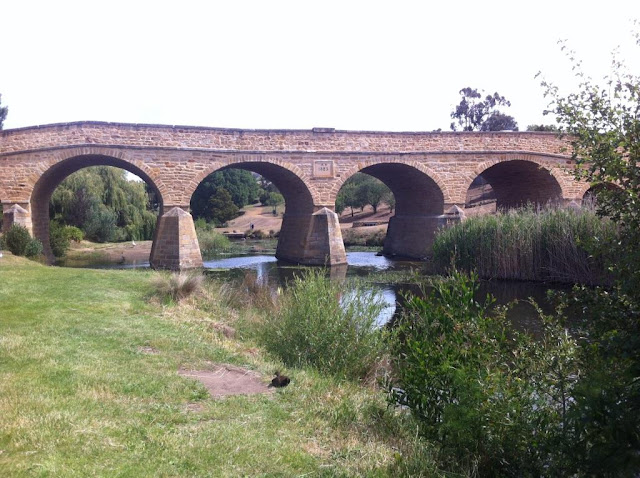 ^^Richmond Bridge - It is the oldest bridge still in use in Australia and the oldest stone span bridge. Complete 1825 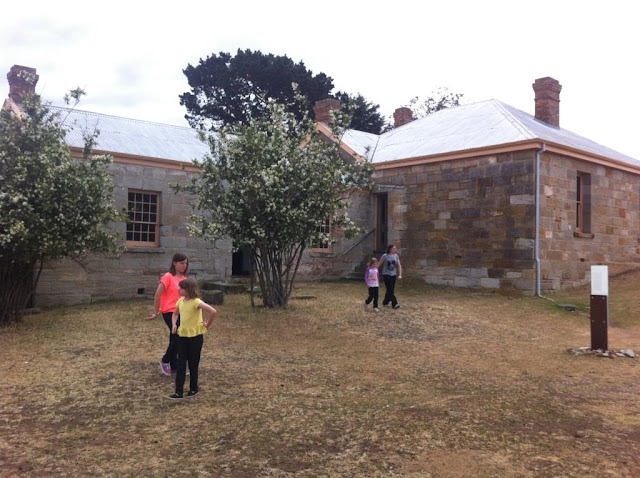 ^^ Ross Female Factory. The site served as a factory as well as a hiring depot, an overnight station for female convicts travelling between settlements, a lying-in hospital and a nursery. 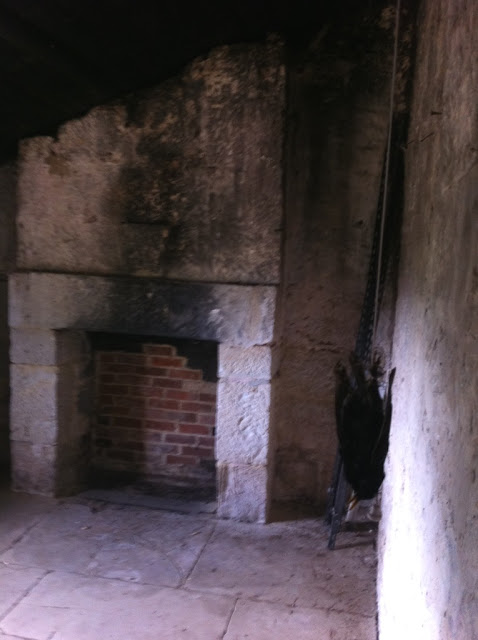 We entered a dark back room which had not been renovated. Turned the corner and a DEAD bird is hanging off the pull string to turn on the (non existant) light.... CAREEEPY!!! Ha hahahahah 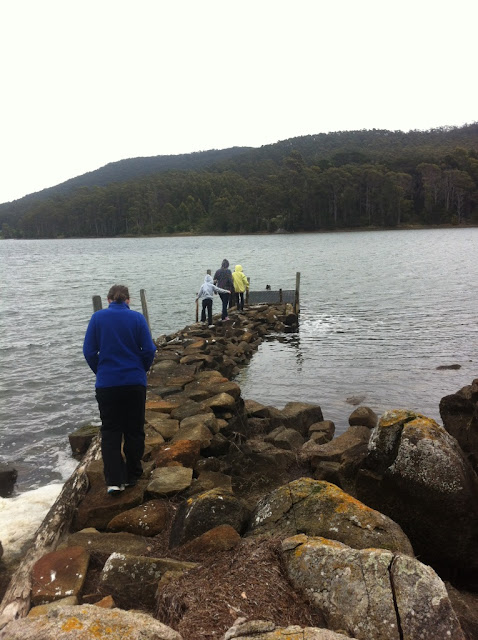 ^^ We finally made it to Classic Cottages at Port Arthur with an empty tank of petrol.

Next and Last Day Port Arthur.
Port Arthur is a small town and former convict settlement on the Tasman Peninsula,
The initial decade of settlement saw a penal station hacked from the bush, and the first manufactories – such as ship building, shoemaking, smithing, timber and brick making – established. The 1840s witnessed a consolidation of the industrial and penal nature of the settlement as the convict population reached over 1100. In 1842 a huge flour mill and granary (later the Penitentiary) was begun, as well as the construction of a hospital.  More Info Here 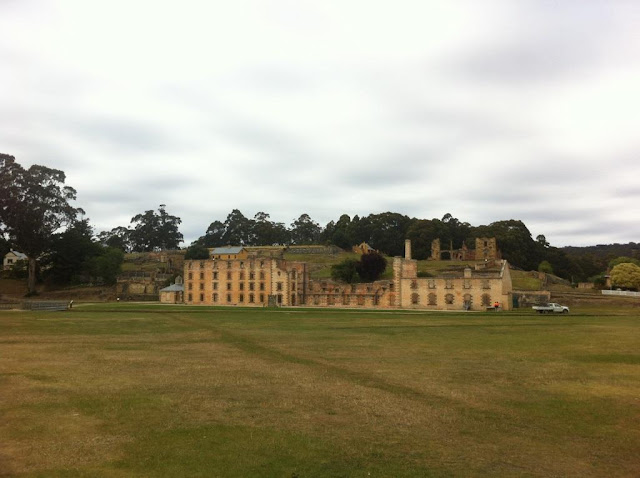 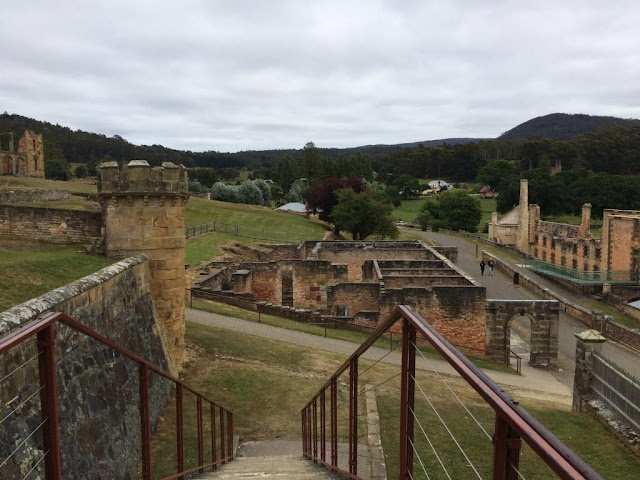 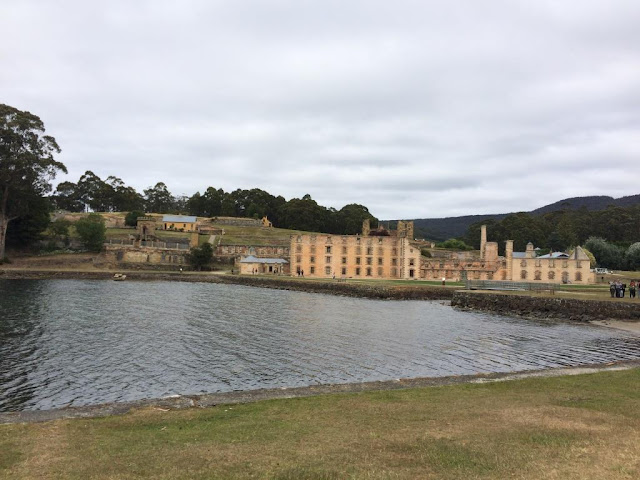 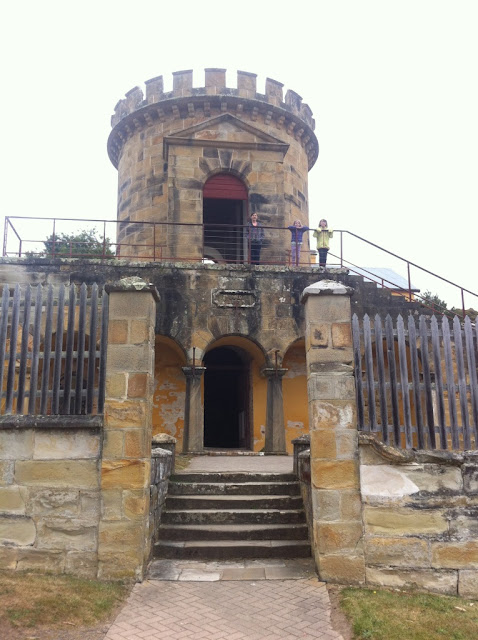 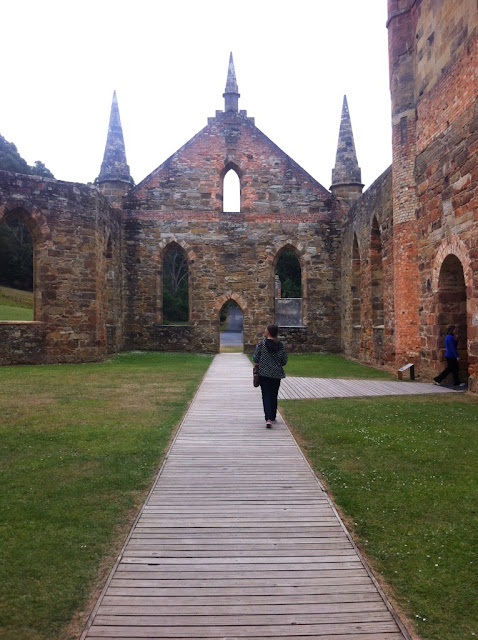 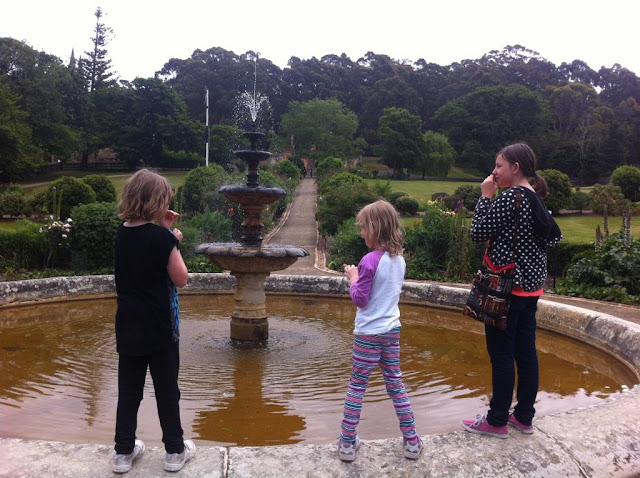 ^^ Whispering wishes and throwing in a coin

Nearby Port Arthur is The Blowhole, Tasman Arch and Devils Kitchen.
Well worth the detour. Gorgeous coast line. Was a wonderful way to end our Trip. 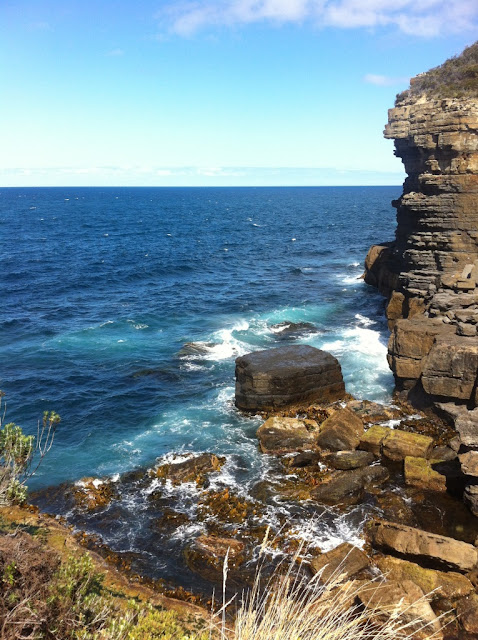 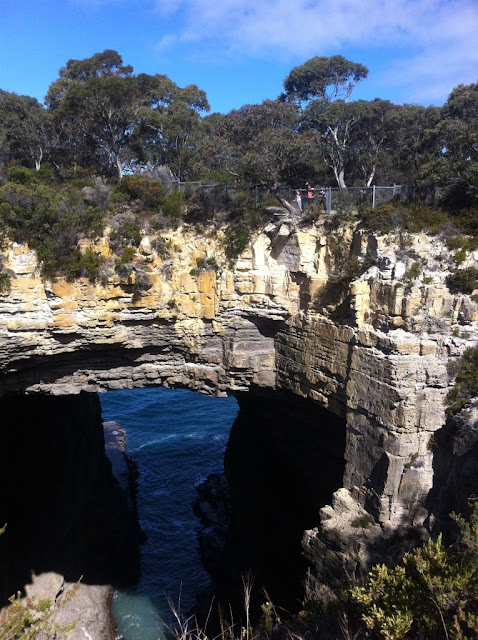 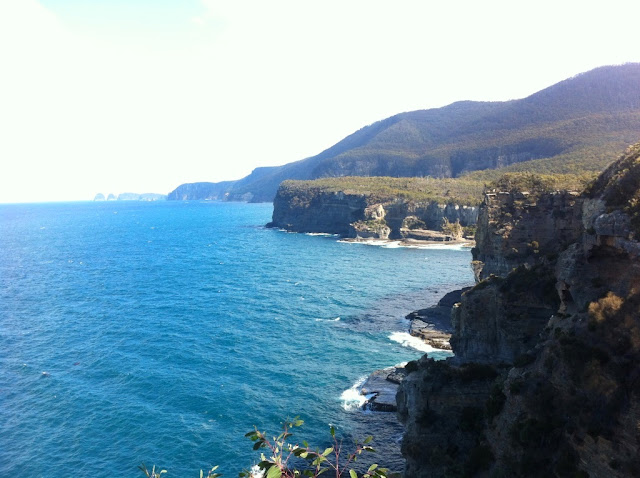 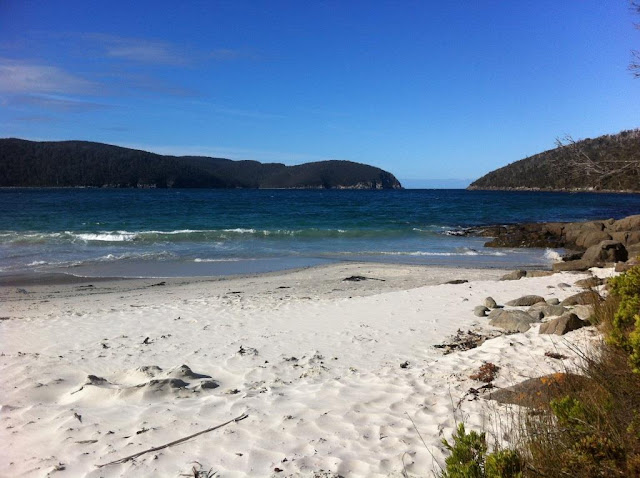 ^^ Fortescue Bay. Secluded and dirt road to get there but the beach was covered in about 20 000 blue bottles which popped as we walked along squashing them! It was too cold anyway but that made me not want to swim thats for sure. 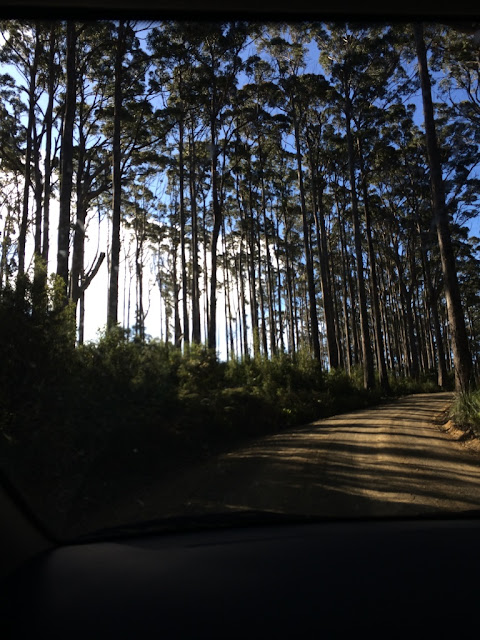 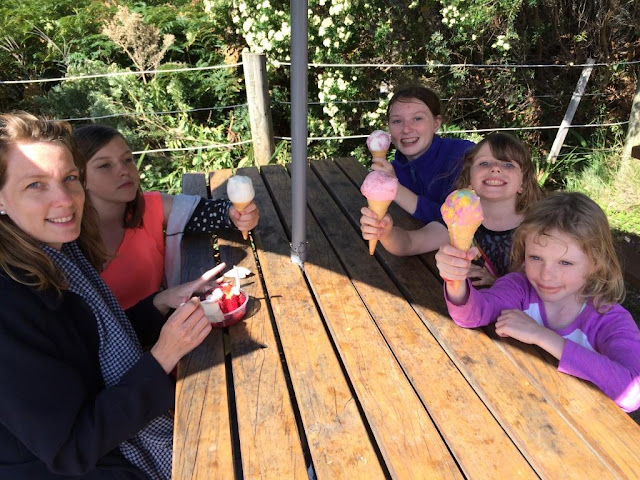 ^^ Sunny weather on our last afternoon meant icecreams for everyone! 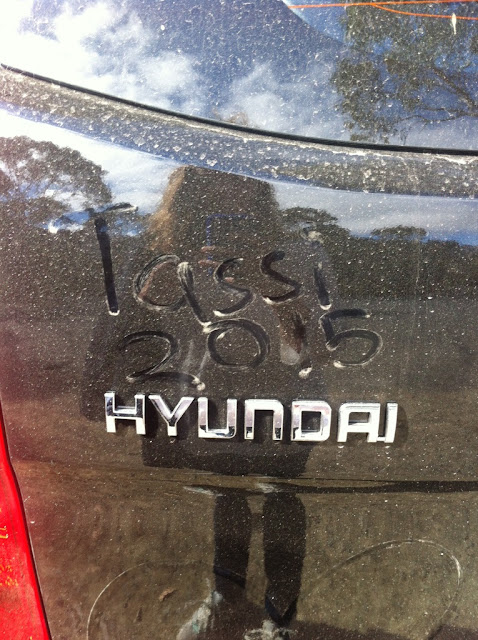 ^^ Bye Bye rental car. We made you nice and dirty. Thanks for the ride. 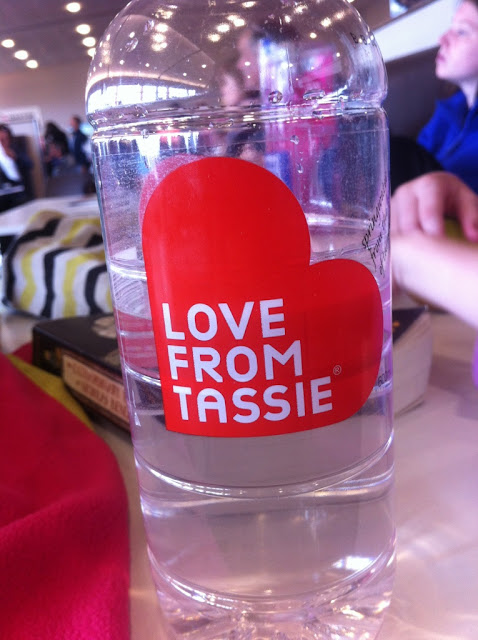 ^^ Our cute waterbottle from the Sebel Launceston. Bye Bye Tassie :(


As we exited the airport exhausted back home some dude sidles up to us asking if we want a lift home. Sounded completely dodgy to me. The Mr said nah it happens all the time and usually when he travels for work he cant take them up on their offer. So the guy offers a lift home in a limo for the same cost as a taxi. Felt pretty flash to arrive home in style. HA HA HA. Tv and led lights fun. 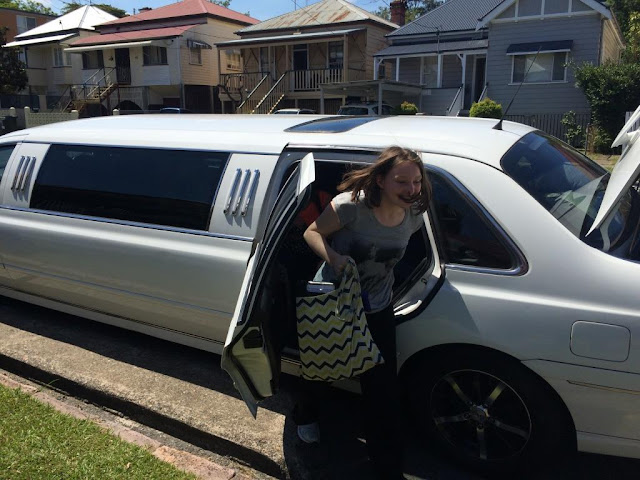 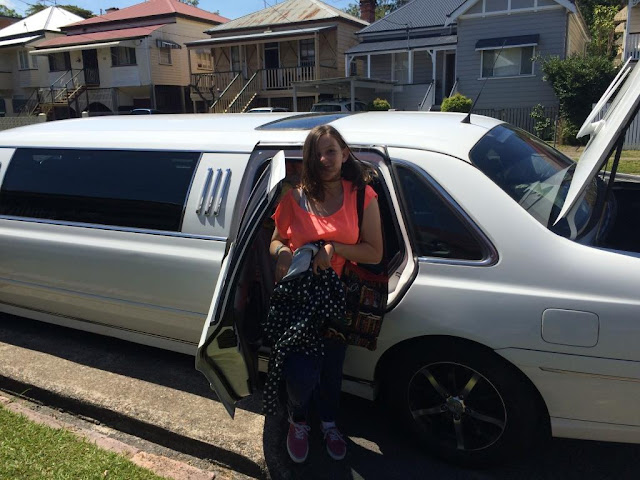 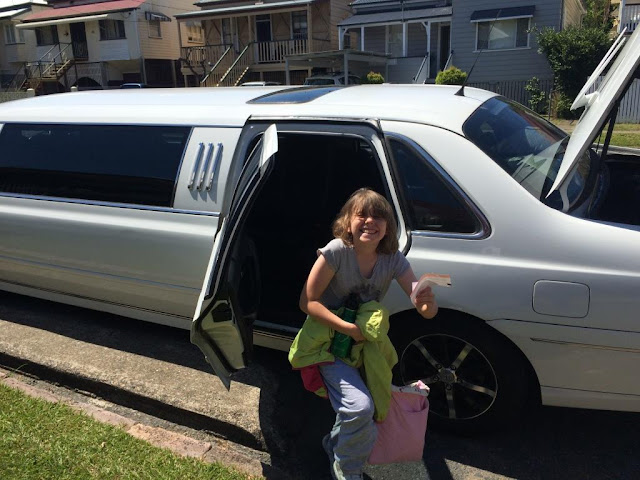 Hobart
Hobart to Strahan
Strahan, Gordon River, Henty Dunes
Strahan to Launceston
Launceston to Port Arthur
Posted by This Girl loves to Talk at 10:16 AM