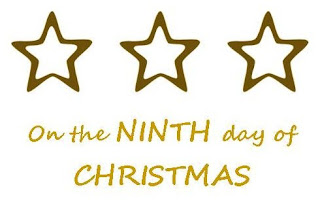 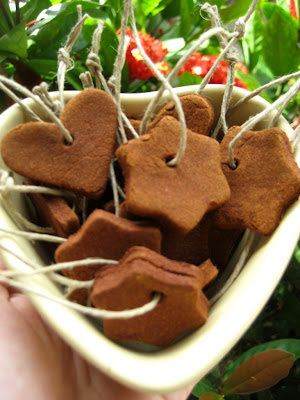 I've blogged about my dislike of Candy Canes . Well it's not that I dislike them personally
( I wouldn't mind some of  these softie ones )
I just dislike my children receiving 25 of them and finding half sucked ones all over the place.

So I have made a personal vow to never to give candy canes. I almost caved this year. They are just so tempting in their cute little boxes for $2. Dang you candy canes why must you be so festive!

Then I decided on buying bulk packs of  reindeer and christmas tree erasers I saw at Spotlight. I still had to get almost 50 of them though and it could run a little expensive. But that's the price of living by your morals of banning candy canes. But I have yet to get back there. So no gift.


I almost decided to ban class gift giving after talking to another parent who DOES NOT ALLOW her kids to give any end of year gift. She said its just too much, other people feel guilt if they don't have a gift for you, she doesn't like to encourage the waste, or the pressure it places on other parents to come up with 25 gifts for everyone. And ya know... I agreed! And then I said what I have done the last few years in keeping up with that trend! LOL.
Two years ago we gave these these cute homemade pencil toppers  Last year it was glitter playdough

However on Sunday afternoon we came up with something that is easy to make and not expensive.

Basically the recipe is equal parts Cinnamon and Apple sauce. You can also add a little PVA white glue. I did last time I made these but not this year. My few ones I have left from two years ago are STILL in good condition!!

I found my local IGA sold 'cassia' cinnamon in little 90g jars for $2.50. Two jars was enough to make about 60 little stars and hearts. Apple sauce was around $1.50 a jar, so I found this activity fairly price comparitive. But if your store sells cinnamon in those small sachets it might be too expensive. I was going to go and try and buy cinnamon from a local Indian store, I'm sure its cheaper if you buy in bulk.

Basically mix applesauce and cinnamon to make a 'dough' - roll it out and using cookie cutters cut out your shapes. We used mini heart and star cutters. The dough will smell pretty strong. Using a straw poke holes in the top of each shape (for threading string through later) 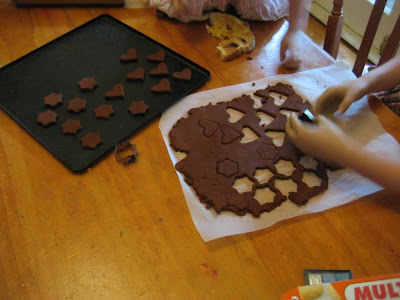 Place on a tray and either let dry for two days. Or like me place in a very low oven for a few hours. I turn mine over and 'cook' both sides.

Add string and:
Give as gifts, attach to gift wrapping for cuteness, add around the neck of a bottle of drink or just leave around so your house will smell delish. As my house is so hot in summer, when we come home it smells as if someone has been baking.
Enjoy.

Posted by This Girl loves to Talk at 1:35 PM

bobbi! I love your blog! can you teach me how to make my blog as fun as yours??

What cute ornaments! I bet they smelt great!