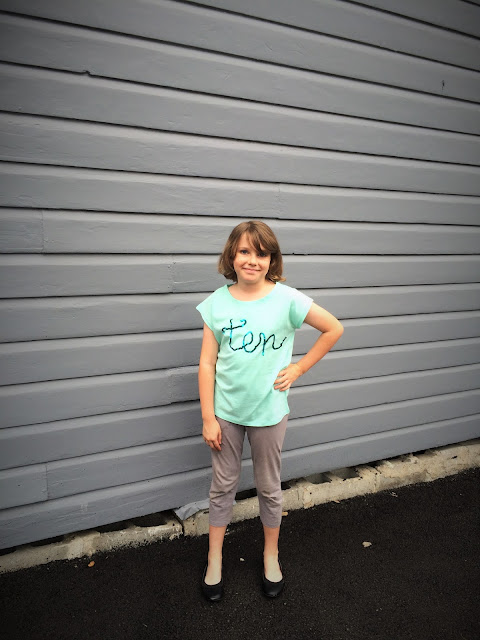 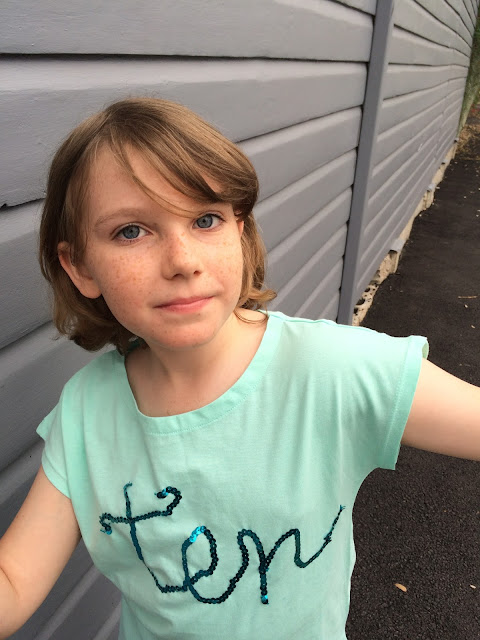 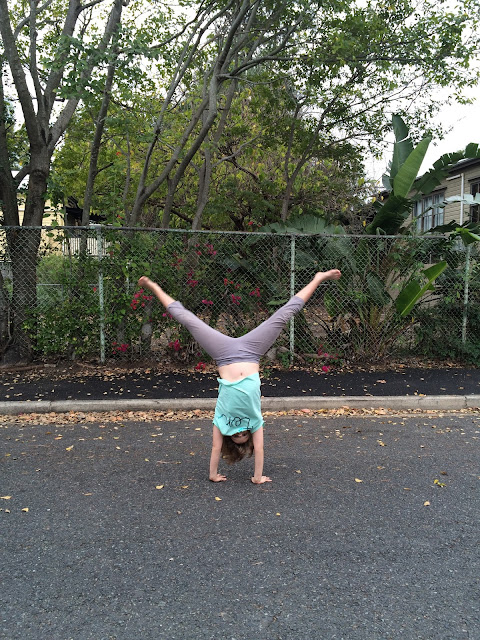 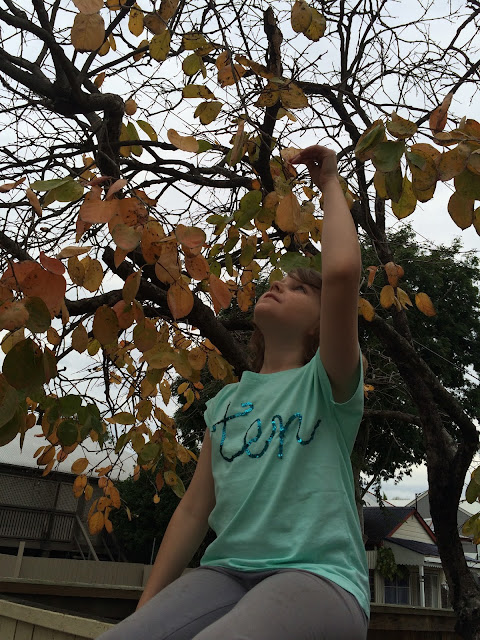 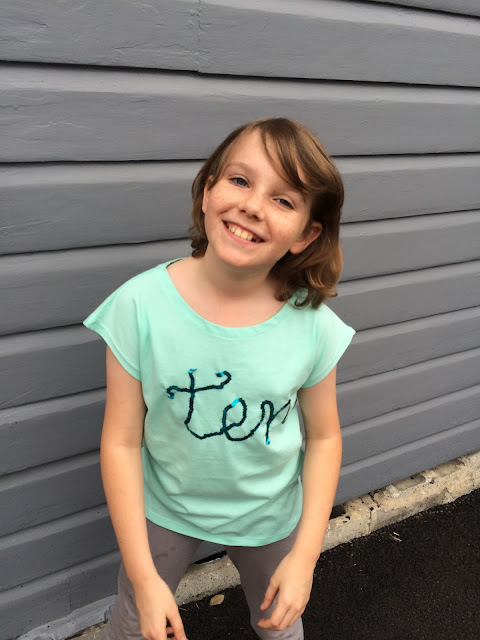 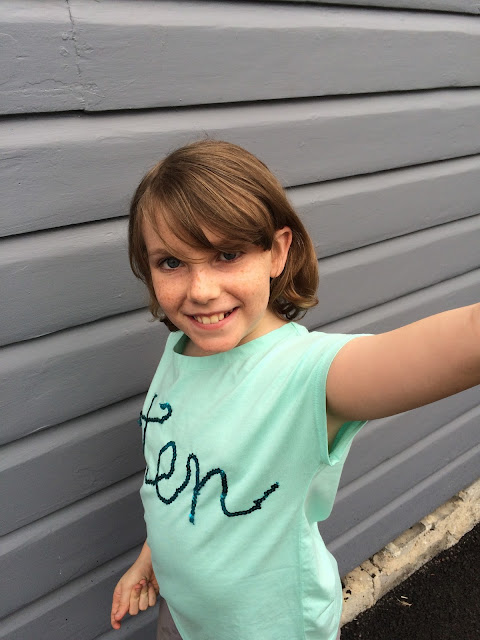 Each year we make a birthday shirt. Just to mix it up a bit I ocassionaly trial different types.

This year we tried sequins! I had sequin ribbon here and shirt was $3 from Target. Done!

Sequins were a bit more fiddly to work with than I thought - you have to do a stitch behind every sequin to 'capture' the thread holding them together. My writing turned out a bit wonkier than I wanted as they moved around a bit while sewing but Miss 10 was happy with the outcome. 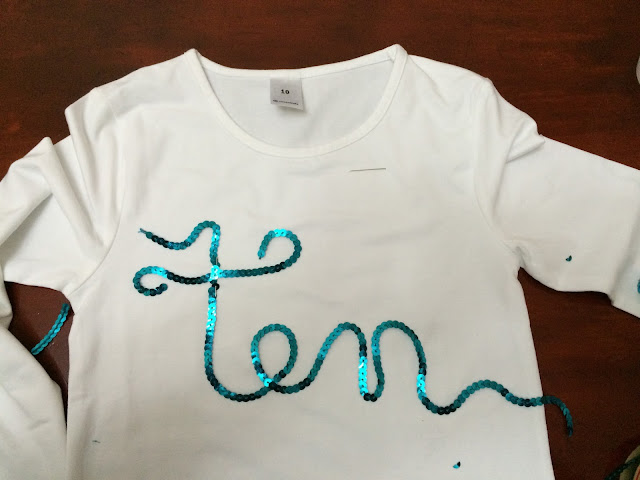 ^^ Heres an example that I was working on laying out the ribbon in running writing. Turned out this shirt was too tight. Lucky we checked before I spent all the time sewing the ribbon! 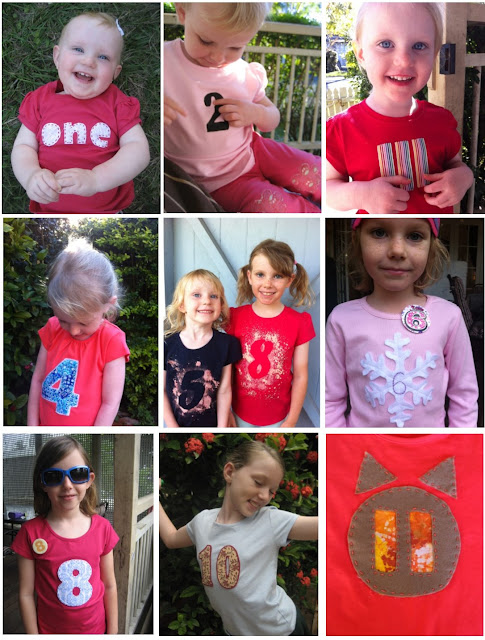 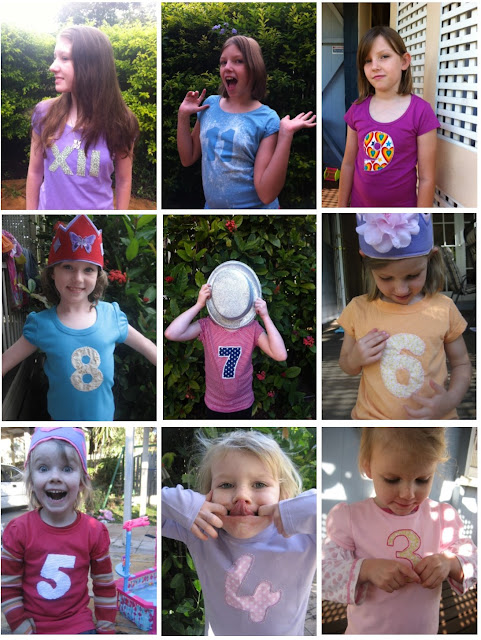 Posted by This Girl loves to Talk at 9:16 PM No comments: 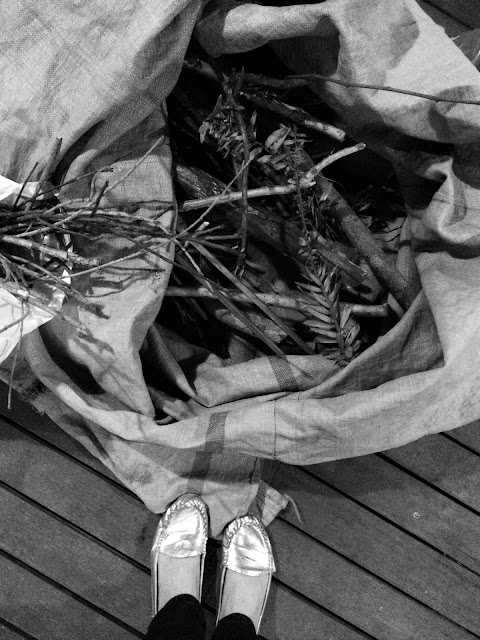 ^^ WOOD! We are running low. Thanks to kids and neighbours for collecting. 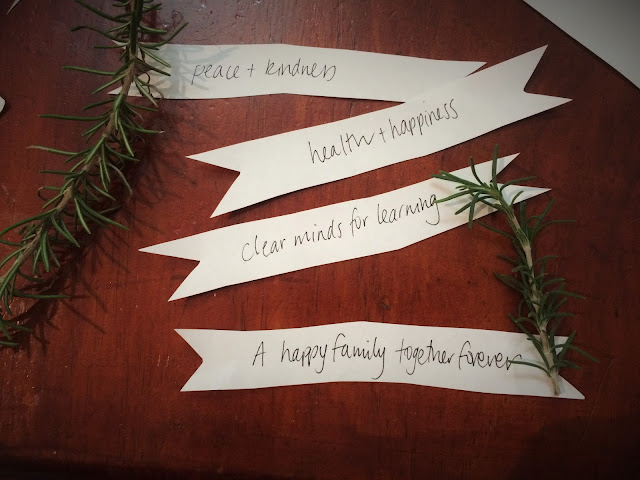 ^^ Blessings to burn in the fire to release. We are mid school year so always need learning help. 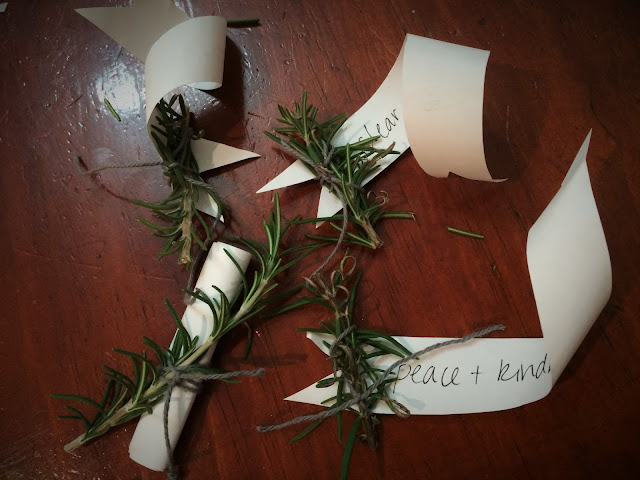 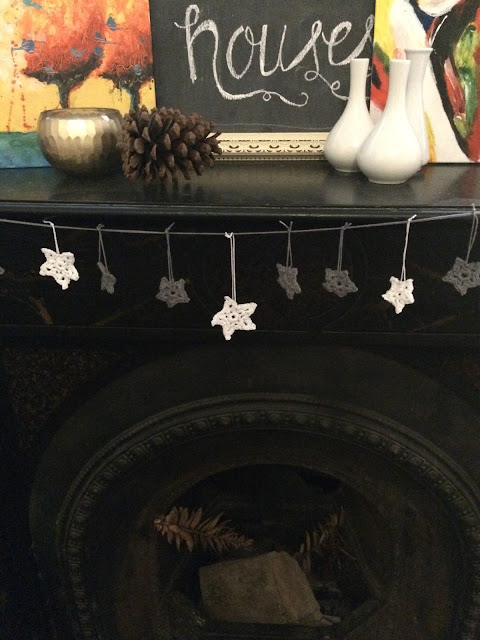 ^^ I've just learnt how to crochet stars. I'm starting now for Christmas but thought they went well with the longest night of the year. 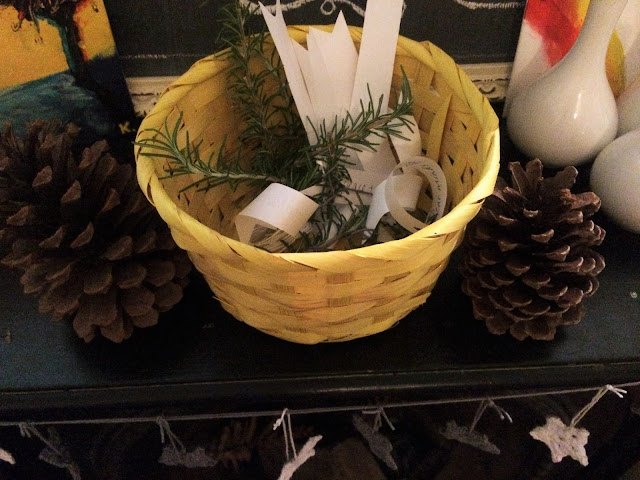 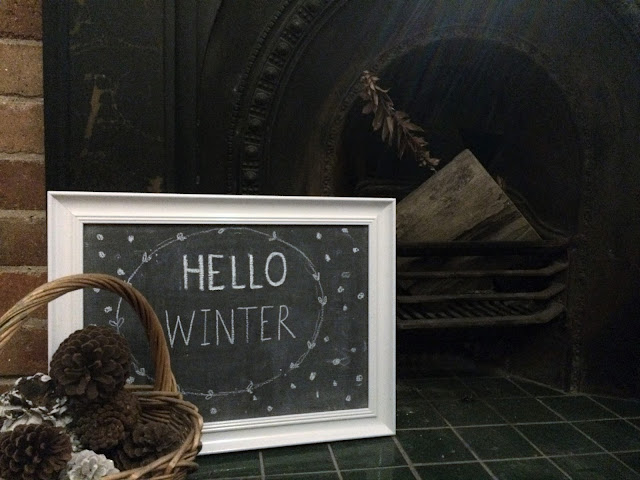 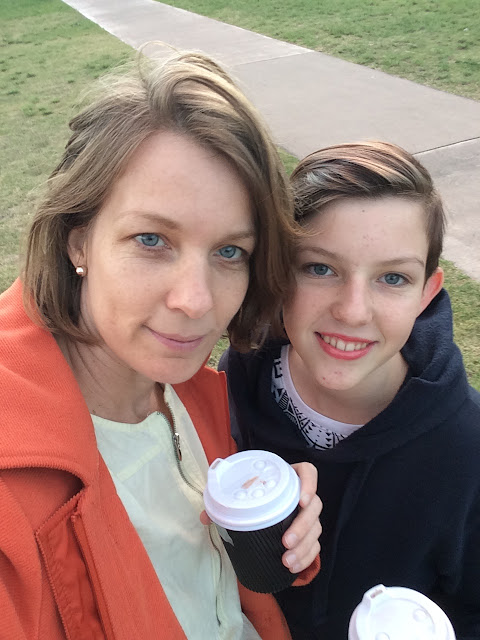 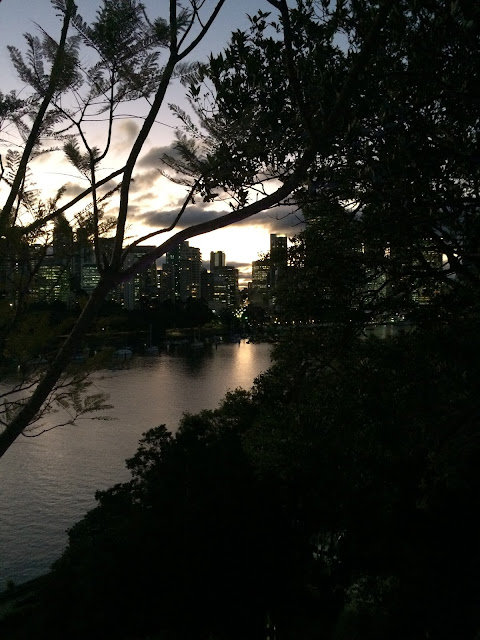 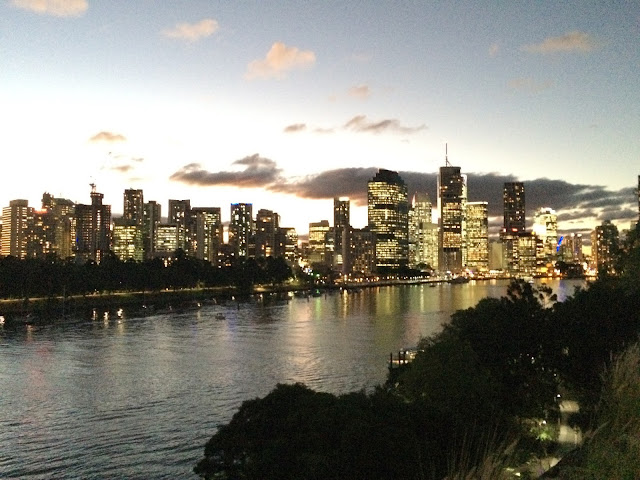 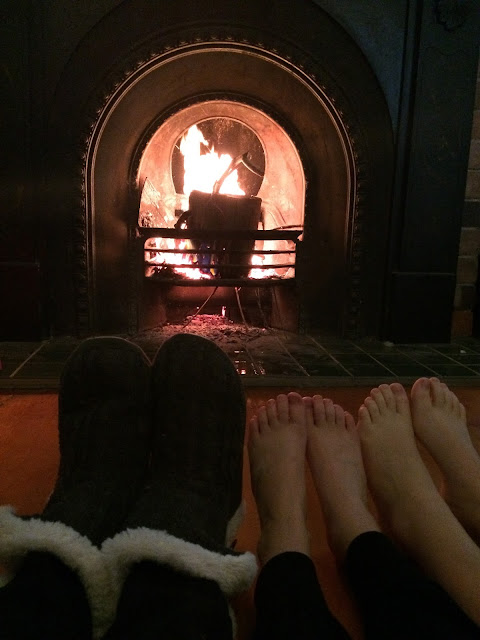 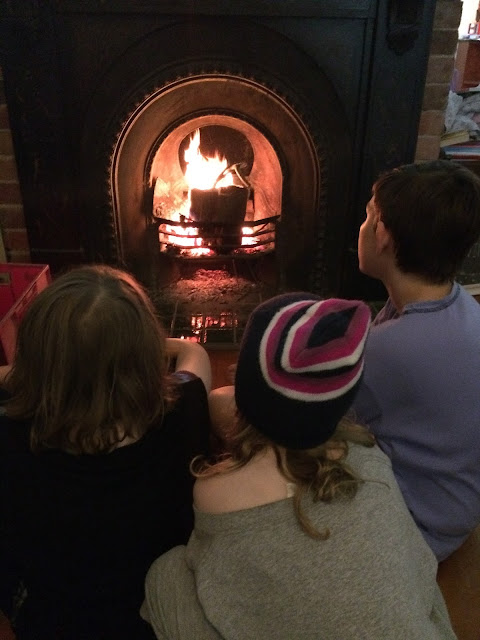 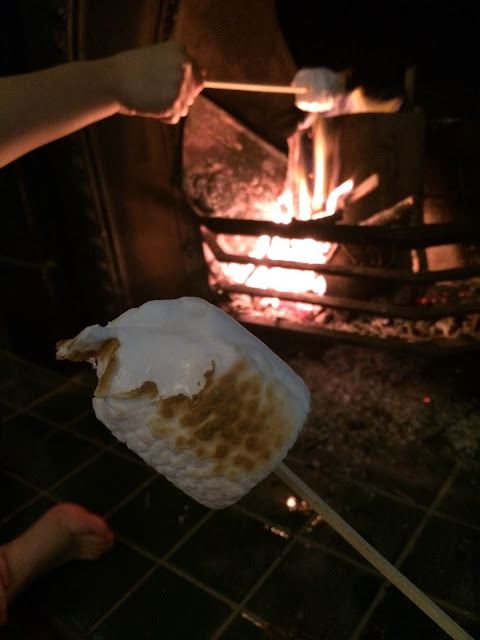 Our family has done a small winter solstice family tradition the past few years. Usually it involves watching the sun set and having a fire and warm yummy food. This year I've added the tradition of making some blessings, wishes, thoughts that we will pop in the fire.  Basically write down something you would like to release to the world. Some people like to give thanks for all the blessings and challenges each year brings. Some opt to write life difficulties to let go of them, but I think we will write all the things we are grateful for and for positive things we want to release into the world. I'll let the girls write their own. We've wrapped them with some rosemary (just because thats all I had - anything would be fun)

Solstice is the 21 June. We will probably do ours a day early - but there isn't much difference between the shortest day/longest night of the year, compared to the second shortest right?! (a few mins) I'm sure any day this week will do. As its also FHE night we will do a small lesson about being grateful for the seasons, the sun and stars, nature and creation.


The astronomical definition comes about as the winter solstice is the day when the Sun is at its furthest north, it is at its lowest in the sky and the length of daylight is the shortest in the year. The North Pole of the earth will be tilted toward the Sun, which will have reached its northernmost position in the sky and will be directly over the Tropic of Cancer at 23.44 degrees north latitude. This is the first day of summer (summer solstice) in the northern hemisphere and the first day of winter (winter solstice) in the southern hemisphere.


Now to tuck into bed and enjoy the longest night of the year!


Posted by This Girl loves to Talk at 2:07 PM No comments: