Last Weeks theme over at www.unplugyourkids.com was "Thin". I was so behind this week that we did our challenge Monday morning before school :)

Brainstorming with the girls last week, they came up with - "Paper is thin - let's make something out of paper - Origami!!" My girls love origami as we have had many Japanese exchange students live with us who have taught them. On Sunday we recieved Nana a Japanese girl into our family - and you guessed it.. she gave the girls some Origami Paper!! 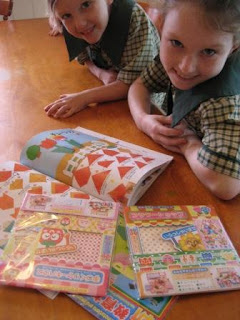 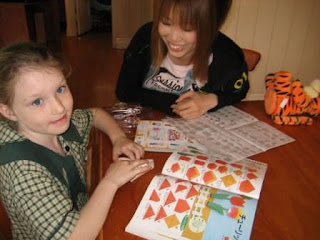 I have made playdough many times over my 7 years as a mum. But not until I got a blog have I ever heard of Kool Aid Playdough or Jello Playdough... Now we don't have Kool Aid in Australia.. but we do have jelly.. so I have been wanting to try this for a while (* note Jello is Jelly in Australia and what you call Jelly in th US is called Jam here.. still following, got it?)

Mix all ingredients together and cook over medium heat, stirring constantly until consistency of mashed potatoes. Let cool and knead with floured hands until dry. 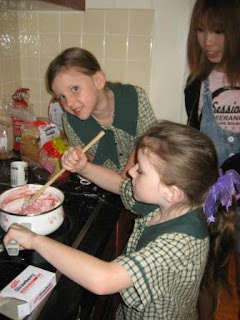 The Mixture was very "thin" to start with 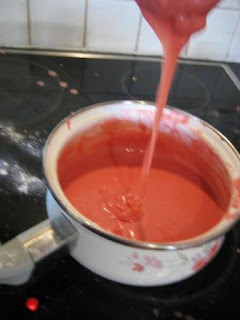 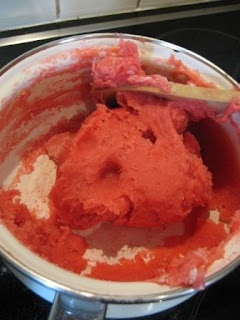 Our strawbery ball of playdough 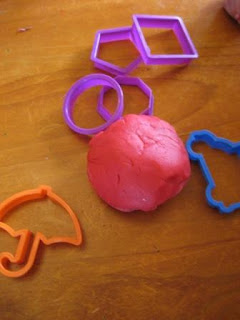 Then it became "thin" again! 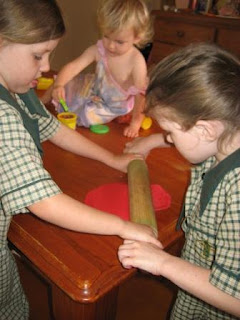 It doesn't smell as good as I had hoped it would, but that might be due to the fact that I used the 45 cent homebrand jelly and the colour wasnt as bright as the girls wanted so we added a little red food colouring.

This weeks theme:TBA
Posted by This Girl loves to Talk at 12:08 PM

Hi, I have been following your blog for alittle while now and I stopped by this evening and love your playdough. I am going to have to try it with my 5 kids. I'm hoping they will like it too. Great blogs by the way!!!
~~Carol

oooh, going to try this one - is it sticky?

Great projects! I was thinking of paper for thin too. My problem is I kept thinking all week that the theme was "flat" and then had to remind myself that it was "thin." LOL

I got a chance to follow your link to unplug your kids and on our stay at home weeks we give it a try. We tried the thin theme and came up with making pictures out of thin strips of paper (Aiming to roll and shape then stick down) Lachlan had more fun cutting strips with the paper cutter then sticky taped all the bits together to make hair. Kinda thin. But certainly lots of fun.
Sarah W

Making playdough is so much fun. Great job.

How exciting to have an exchange student! I've also heard so many good things about this play dough that I can't wait to try it.

ps pumpkin pie is my faaaavorite and i can't imagine life without it!