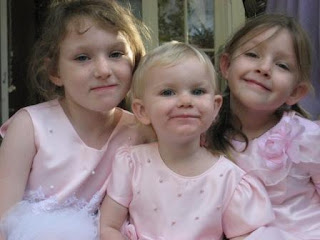 It's Universal Children's Day today. The day is used to promote mutual exchange and understanding among children and secondly to initiate action to benefit and promote the welfare of the world's children. It was also chosen as the day to celebrate childhood.

Go hug a child and be glad that your children live where their rights are protected, and think about children who live in parts of the world where they are not protected.
Posted by This Girl loves to Talk at 7:03 AM