The girls and I made a trip to the city to see the Myer Windows and the City Tree. 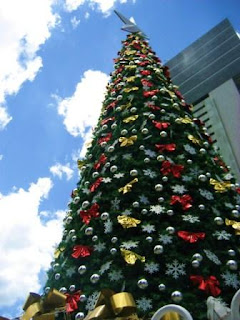 We missed out last year (when the Myer windows had controversial Nativity Windows.. A Wombat wanted to be the baby Jesus in the Nativity Play.... Some religions thought this Blasphemous!!) but this year no controversy because they were all about Santa!! ( I personally think anything in the greater community which has the nativity for a theme has to be better than not mentioning Christ at all)..the windows had a Santa's workshop theme.

I remember going to see the Myer Windows when I was a kid!! There are about 4-6 Windows each year that are decorated differently each year with moving parts and general fun for kids and other activities in the Mall.

With all the kids crowding and the glare it was pretty impossible to get a good photo. This is santa's letter room.. it had letters from around the world and funny quotes from the elfs like "this is the 3 100 693 request for a pony" 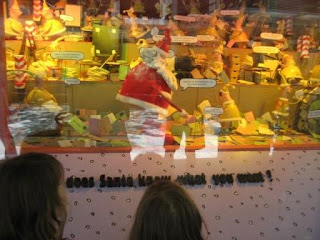 In front of the tree.. they wanted the star on top in the photo by it was pretty impossible.. too tall 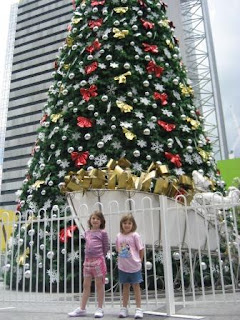 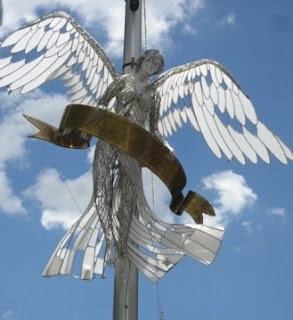 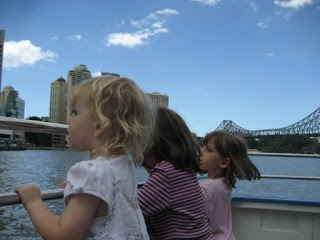 I can't believe how big your girls are now! Gabby has hair! They're beautiful. You must be so proud. =)