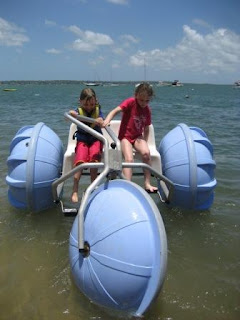 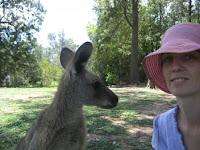 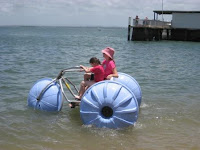 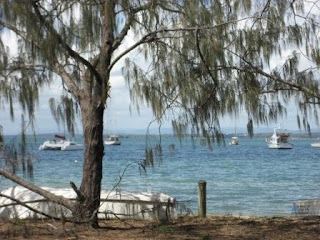 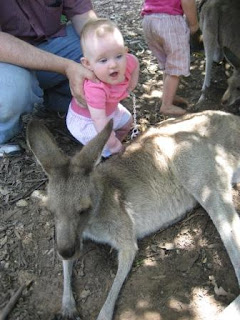 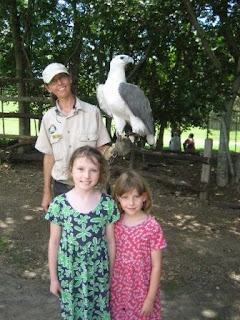 I have learnt something... Yes it is true


We went to a zoo. I wasn't going to go. Walking in the boiling hot sun, shading the baby, and having to feed her like I was an exhibit in the zoo.. no thanks.. and I thought I would save The MR $30 by me not coming along. Turns out a family ticket was cheaper than a Dad and 3 kids ticket. So I went along, as it would cost the same if I went or not... so even if I did up hiding somewhere with Miss N.. no loss

Later that day at home Miss A says


"Mum aren't you glad you came. Wasn't the zoo great. You would have missed out on all of that!"


Ummm was she at the same zoo I was?


I do believe about 5 mins in she said she was hungry. We said no food until lunch - after we have looked at everything. And then she proceeded to whinge THE ENTIRE TIME about how hungry she was.

Miss G doesn't like walking. (though when it doesn't matter, she loves to run away from me) but because you HAVE to walk at a zoo, she didn't want to. So we listened to her whinge the entire time about wanting to be on daddy's shoulders and hopping on and off the pram.


We also went overseas. Yeah its been a few years since my last oveseas trip :D This island is like 2km from the main land though. Didn't take long to get there.


I was so excited when I saw the man open shop who hired out kayaks, boats and water bikes.


I haven't been on a water bike since I was about 12. He was very reasonably priced so I told the girls to convince The Mr that we must go on.

Maybe its just kids. Obviously they don't realise they are doing it. For it didn't seem to spoil their view of the day. They have had the 'greatest holidays' apparently.
Our patience will hopefully temper them. Our consistency in dealing with these 'whines' will hopefully teach the girls patience, charity and kindness. Will these vocal outbursts teach us to deal with feelings, wants and needs? Does whining have a place in the teaching scale of life?
Being one of four girls and getting your views heard must be so hard.


But why must they take it out on me?


They will remember what wonderous times they had, yet they probably won't rememeber the whining.
So neither will I

Hopefully they won't remember their mother whining about their whining


We had fantastic holidays how about you?

*staying at Grandma's * feeding the horses * playing with the chickens * rollerskating *swimming *up the hills *to the zoo *over to the island * swimming at southbank * take out* movies, homemade pizza nights * more swimming *lazying around in pj's* lots of tv*

After writing this I came across this post at another of my fave blogs. How true! She put it all so much more eloquently than I could. Go there and read it. Mind the Gap of motherhood :)

Posted by This Girl loves to Talk at 8:34 PM

Bobbie it's great to know that other kids whine just as much as mine do....

Ha Bobbie! Mine whine the whole time to. I try to tell them to focus on what they do have rather than what they don't have and even try pointing out that they have so much more than others. ie just be grateful that you are even going on a waterbike. However they don't care about that. I think you are right they do just love to whine, must be a part of growing up.

Glad you had a fun holiday!

After forking out way to much for zoo tickets and dragging my oldest kicking and screaming for a fun filled day out. He ran off and had the entire zoo looking for him for half an hour. It turns out the animals were alright but the best past was driving past the volcanoes on the way up and back! Your kids were awesome at the island! I must have missed all the whining!

Oh my! Reading this made me laugh out loud really! I am one of 5 girls - but the older four (myself included) must have been just the same as your 4. The more i read the more i started to feel sorry for my mother. We must have whined a lot actually I know we whined a lot.

and I know youre right, we did enjoy the day and didnt realise we were doing it, i dont think. It must be part of learning that youre not the only one in the universe. Part of growing up.

I must remember to apologise to her next time I see her. lol

haha thats funny!
we had that same experience when we went to the basket ball with some friends and took the kids!
argh, Hayden was naughty as, whinging he didn't want to sit still ect ect!!
then on the way home he was like "mummy i loved going to the basketball, can we go back"

ahh did we just go to the same game??