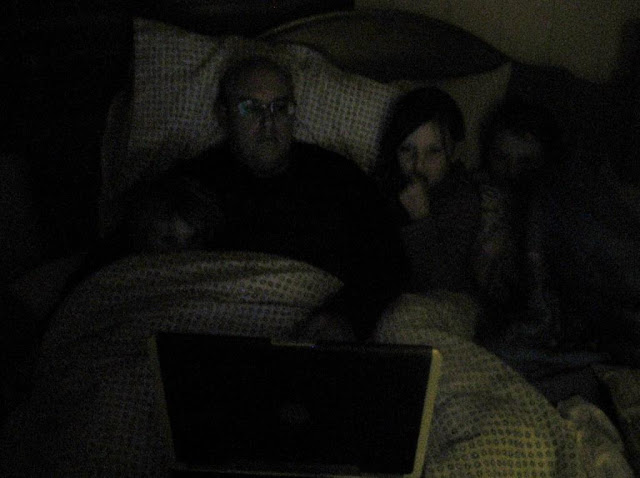 sci fi nerdlets in the making

The girls have a new love. Watching Dr Who with their dad.

It's available on Mondays at ABC iview.

He has to prewatch them to make sure they aren't scary (not that he minds ;)


I found a folder of Miss A's that had drawings in it.

It had lovey dovey drawings of some boys.

Her stick figure had hair just like the new Dr.   Too cute!!

When I called her out on it I said 'Why do you love Dr who?'

She said 'Cause he's great and he gets to travel in time.'

So any future guys for her - you have a lot to live up to :)


I grew up in a house that wasn't really into sci fi. I can honestly say I had never seen an episode of Star Trek in my life till I met The Mr.  I am proud to say (ok so not really) that I have seen alot more since then!

Looks like I have computer, sci fi loving nerds in the making. Thanks MR!!


*Howl is a character from the movie "Howl's Moving Castle" A Japanese cartoon my kids love.
*Thanks to wiki! I didn't know that the Vulcan salute was based on a Jewish blessing. Obviously I'm not THAT much of a trekie :D
Posted by This Girl loves to Talk at 9:52 AM