I'm gonna get dressed, for success 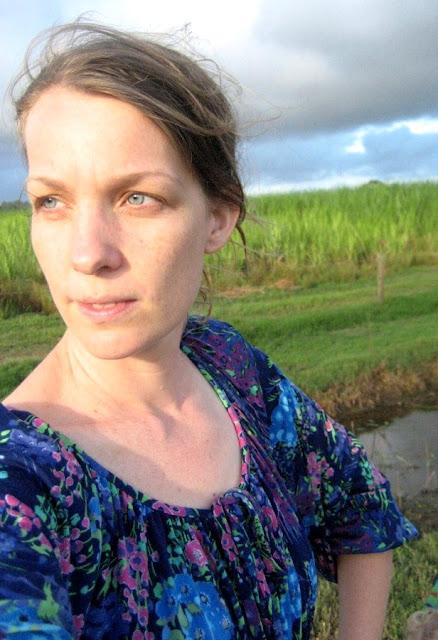 Muu Muu evidence. In my defense I had just been swimming....

4 months since WHAT you say.

Four months since decided to wear a dress everyday

Well to be truthful I've been wearing a dress or skirt about 5/6 days a week.

Now I don't think I've noticed too much of a change in my behaviour - I still talk like crazy with my hands, I can never sit still - always fidgeting and bouncing, I still eat and talk at the same time (ewww I know) and I still sit unlady like (only at home in front of my poor family) BUT

the one change I have noticed is that I am a little less Schlumpy.....

Like if I'm going to wear a dress I atleast put on some earrings. Or mascara. Sometimes both.

Cause just to put on a dress is sacrilege. (Ok Ok I've done that too)

Not to mention that one of my dresses is basically a muu muu.

And I've been known to get around town in it.

However I think it has made me feel better about myself and help me throw my lady like wiles around a bit more. And that would make it worth it.

'I really like that you're wearing a dress. Even when you're not going anywhere today'

And he didn't even know that this post was scheduled for today!


Though that could be because sometimes when he leaves for work super early, and comes home late at night he finds me still in my ratty PJ's. I swear he must think that I never get dressed. Of course I do. He just misses it sometimes :)

Now its easy to wear a dress everyday in summer. I don't think I could make it through winter though.

Unless I bought lots of awesome tights and boots to go with the skirts and dresses.

Tights and boots in Queensland?? Does it even get below 10 degrees there?? Making me giggle.

However, after living here where no one would duck to the corner shop without full makeup, hair done and probably a fur coat, I can really appreciate wearing dresses and skirts. I still wear my jeans often but a lot more find myself in skirts, even in winter, just for the school run.

An excuse to buy some funky boots!! :)