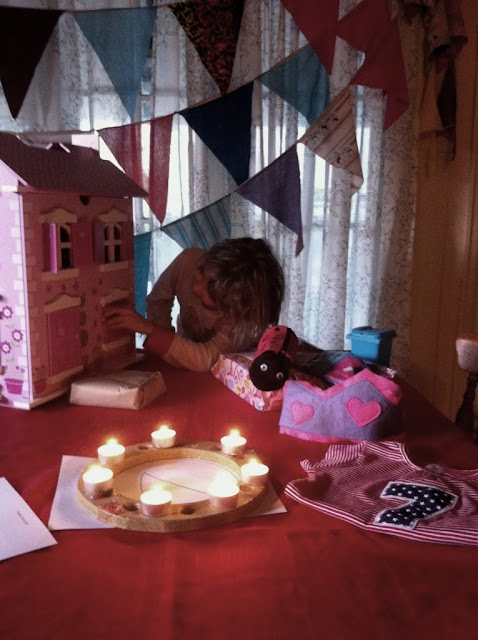 I'm not sure I'm a fan of my younger girls growing older!
To me they're still babies but their age is certainly showing the opposite.

I love that she was so excited for her birthday.
She was counting down the days.
Was telling everyone.
Was doing a little dance.
I love that we have birthday traditions that excite them.

{though one tradition I've always wanted is to have helium balloons - the amount = age but I've never been organised enough to pull it off - and where do you hide them while waiting for morning? Do you have any fun birthday traditions? There are always more I'd like to do but these ones stuck.}

Even though she knew what most her presents were, she was still excited
{sadly with holidays always before her birthday she seems to be tagging along shopping and choses them herself. I was unsure if a doll house was too young, but hey I want to keep them young for as long as possible! A dollhouse, wooden doll people, a mini lalaloopsy and some pens for drawing} 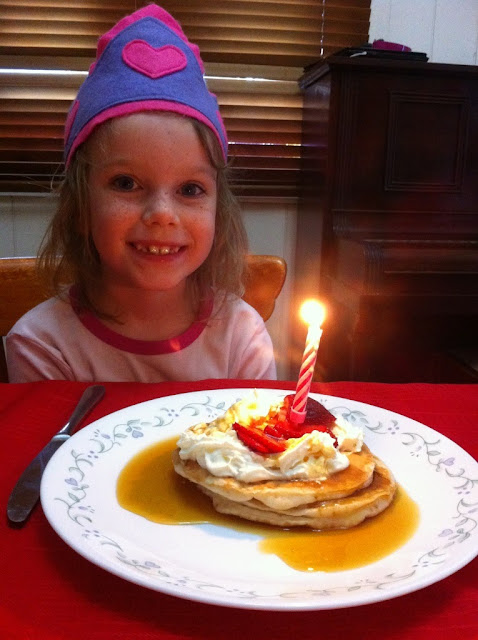 Just putting a candle in you pancakes puts a smile on your face. 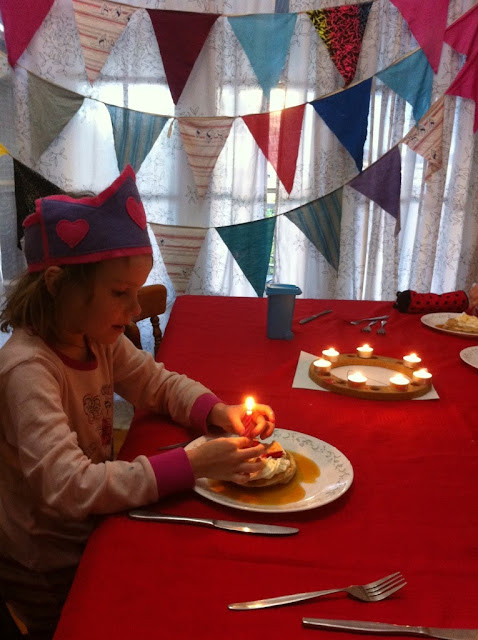 We lit and relit it a few times.

Even when your mother forgets to do a treat to take along to school to share and doesn't bother making you a birthday cake. {Candles in breakfast lets me off the hook - it's the best I swear!} 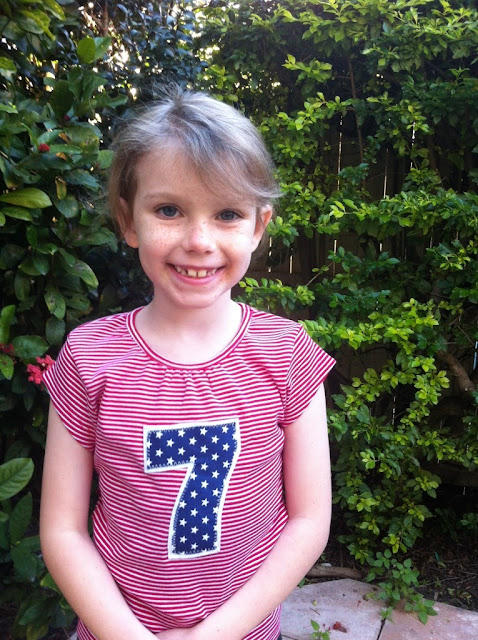 Because secretly wearing your number 7 shirt under your uniform gives a spring in your step all day!

{apparently new principal is super strict about uniforms and her older sister told her she'd get in trouble if she wore her number shirt despite us doing it for like the last 5 years. So she hid it}


And the day ended with her order of homemade lasagne and pizza with red softdrink for dinner.

She's crazy and kooky and the class clown and loves to make fart jokes to make people laugh. She's a climber and climbs trees,  lightpoles, the top of any structure, fences, basically anywhere she isn't meant to be. She's got a twinkle in her eye, she's tiny and still loves to sit on my lap. She loves to draw and create and is always always making. She always gets a creative thought at the wrong time and gets in trouble for starting projects as we are leaving on our way somewhere. She longingly looks at the recycle pile as I throw it out and says 'think of all the  things I could make with that!' She can get upset when her sisters don't let her tag along, she gets in trouble for using a loud whiny voice {all whining is banned after 6 years old in this house - last years saying was 'are you over 6? you cant use that voice?}She loves her stuffed animals and can be found sleeping on a giant teddy bear named Bear Grylls.

7 years have been an amazing ride with you.

Awwww Happy Birthday! I'm loving the birthday pancakes complete with a candle. I think I may have to steal this one from you. (As for the balloons, I just get them during the day and have the surprise for after school...keeps the surprises going!)