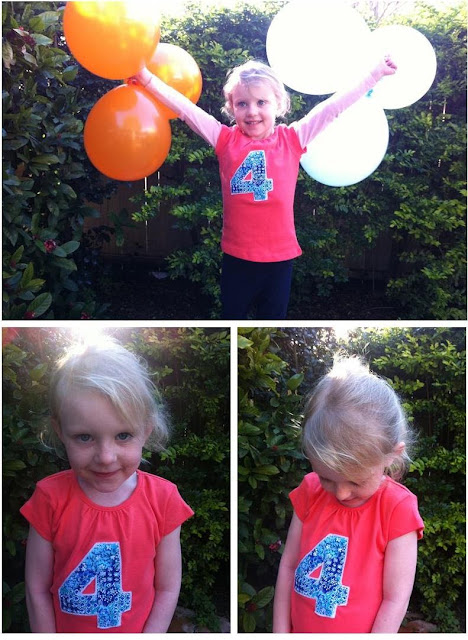 Remember this post: {folder renamed} about having a folder named baby where in I stored my ultrasound pictures and pregnancy photoshoot before said baby had a name?

Well you know what? I never renamed that folder! It still says Baby!

So in honour of her fourth birthday I will finally change that folder name!

This little gal has been soooo excited for her birthday.

About 8 weeks ago we started preparing for her sisters birthday and pretty much every day since she mentioned something about 'her birthday'. {when is it, theme which changed daily, all the places/parks we were going to fly around and visit on her birthday, presents to buy, decorations, cakes etc. The list goes on and on and was discussed daily!}

The minute her eyes flutter open each morning she asks
"how old I am?"

You know just to check incase her birthday appeared during the night.

So on her actual birthday she jumped {out of my bed where she seems to end up most early mornings} and sped into the loungeroom where I had been up early preparing birthday celebrations with the biggest smile on her face and dove into my arms. It was finally here!

Birthdays are celebrated early morning here and she'd put in the order for pancakes and syrup. 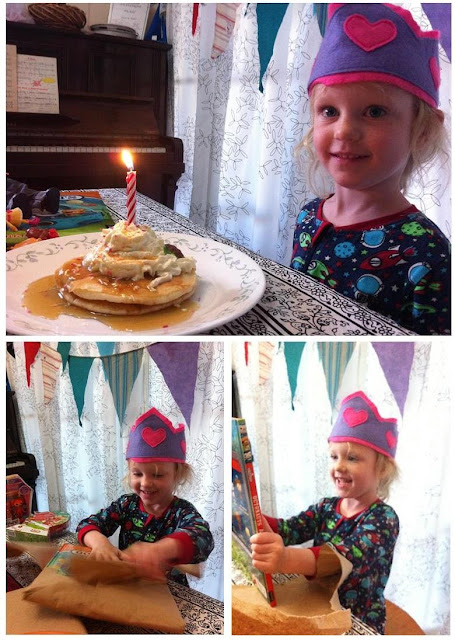 Presents of Lala Loopsy's and Octonauts characters and book made one very happy girl. 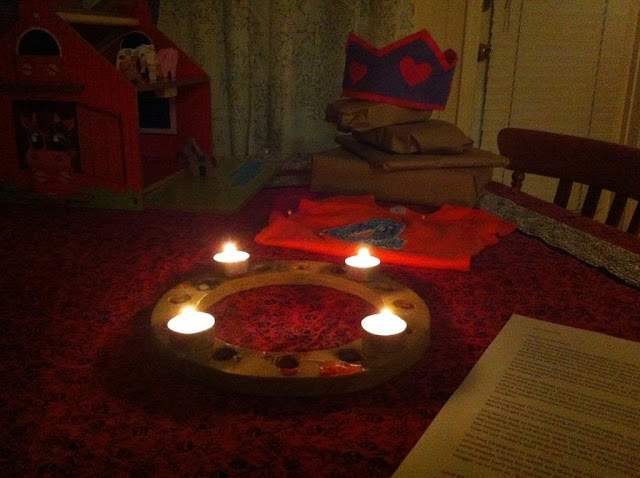 Our birthday traditions of a birthday letter, a candle ring with number of candles = age {and gee the thing needs a clean!} a number shirt and a birthday crown and a couple of presents. Usually some balloons around and bunting hanging up too all ready for when they awake in the morning and have the breakfast of their choosing with a candle in it. 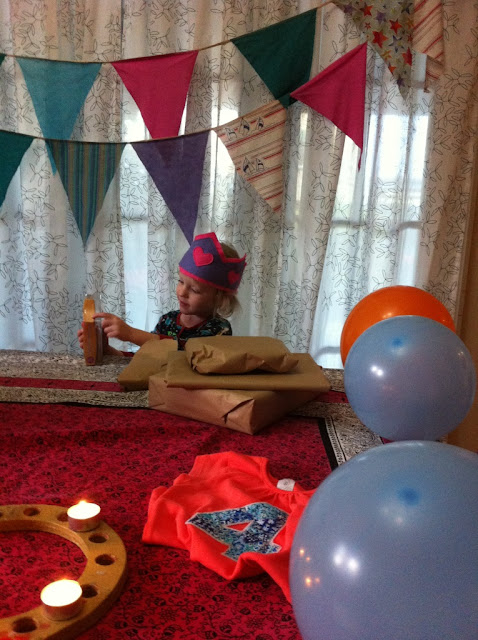 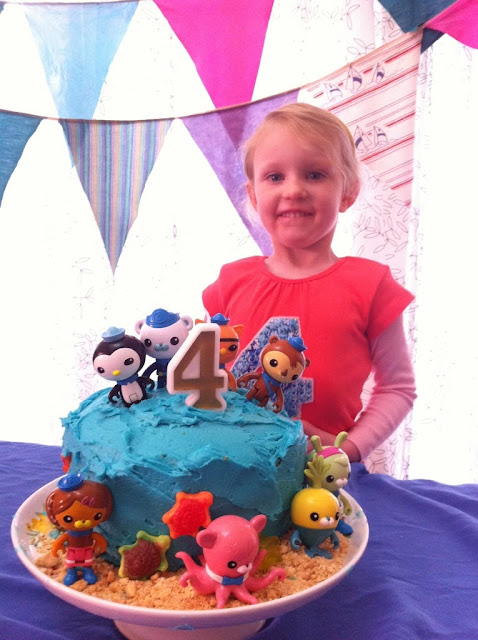 My kids aren't very photogenic/willing to pose at the best of times even less so during a birthday party so I usually try and snap a picture with the cake before any crazy festivities.
And thus ended a very happy day for my baby {wah!!} she now proudly tells everyone she just turned four.
Coming up next all the details of the Small Octonauts party I attempted to throw for her.
Posted by This Girl loves to Talk at 12:47 PM