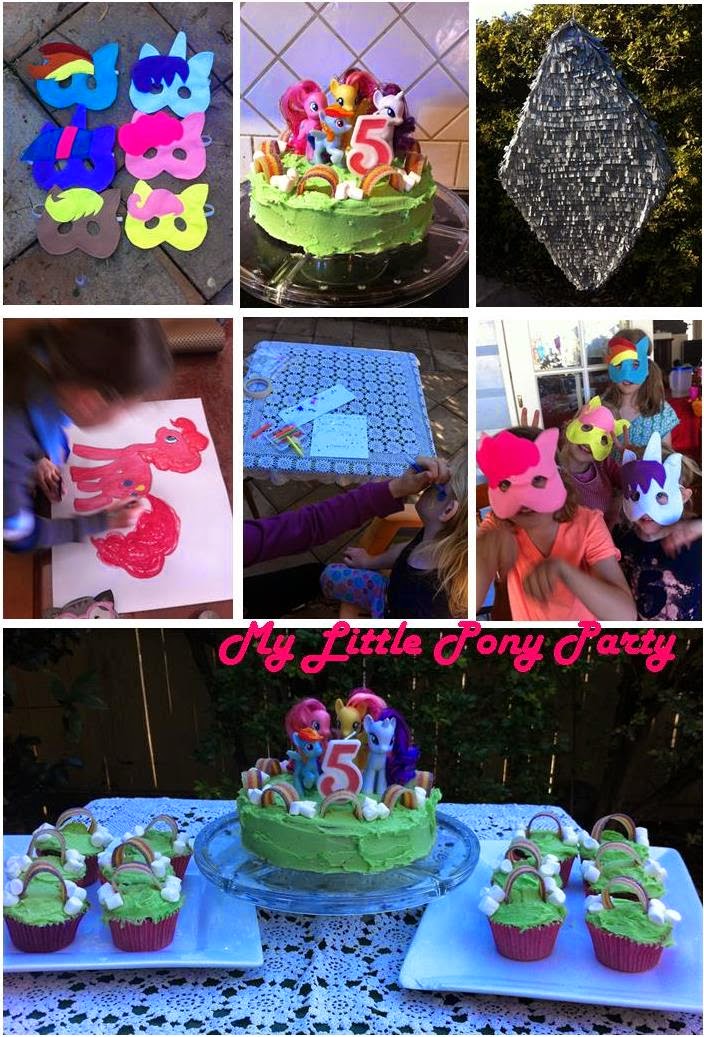 Since discovering My little Pony stuff via youtube Miss N has been obsessed.

Every day watching episodes and pony songs and who knows what.

It's been a busy time here and she's had a bunch of her friends move overseas so this was a very low key party.

It only took a few elements and she was happy.

Even after seeing me google ideas she realised you could actually look at Pony parties online.

She would say  'mum look me up pony parties to look at.'

I reminded her that mummy can't do most of those things but she was cool just to look and not have high expectations {PHEW!}

We looked at amazing cakes and I pointed her in the direction of
Mummy can do those ones.... {round cakes with plastic ponies on top :)


For those interested here are the elements for a easy pony party at home:

Pin the Tail on the Pony 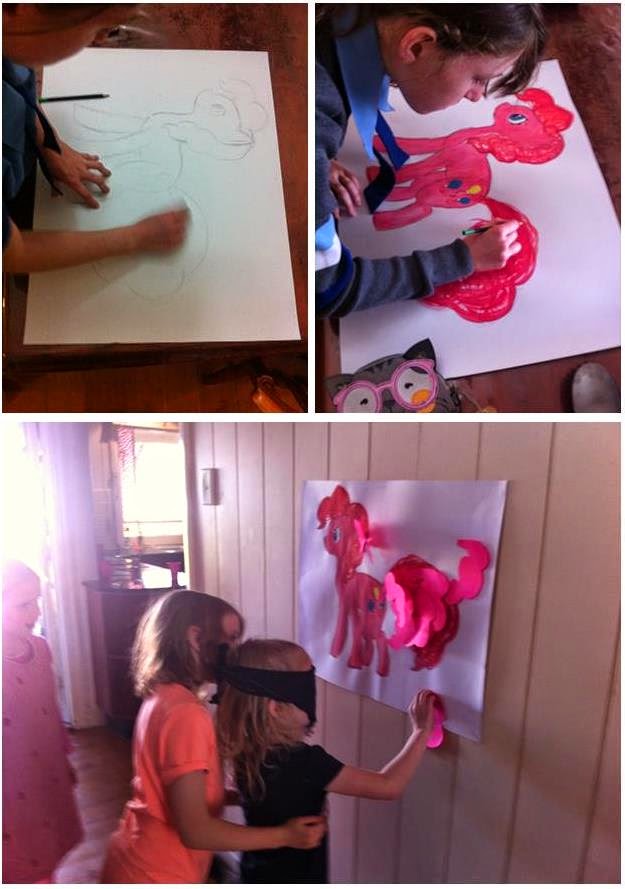 Lucky we have a resident artist in the house who whipped up a pinky pie per N's request.
Miss K free hand drew us one in minutes.
Glad I didn't have to draw it {I would have printed/traced one} 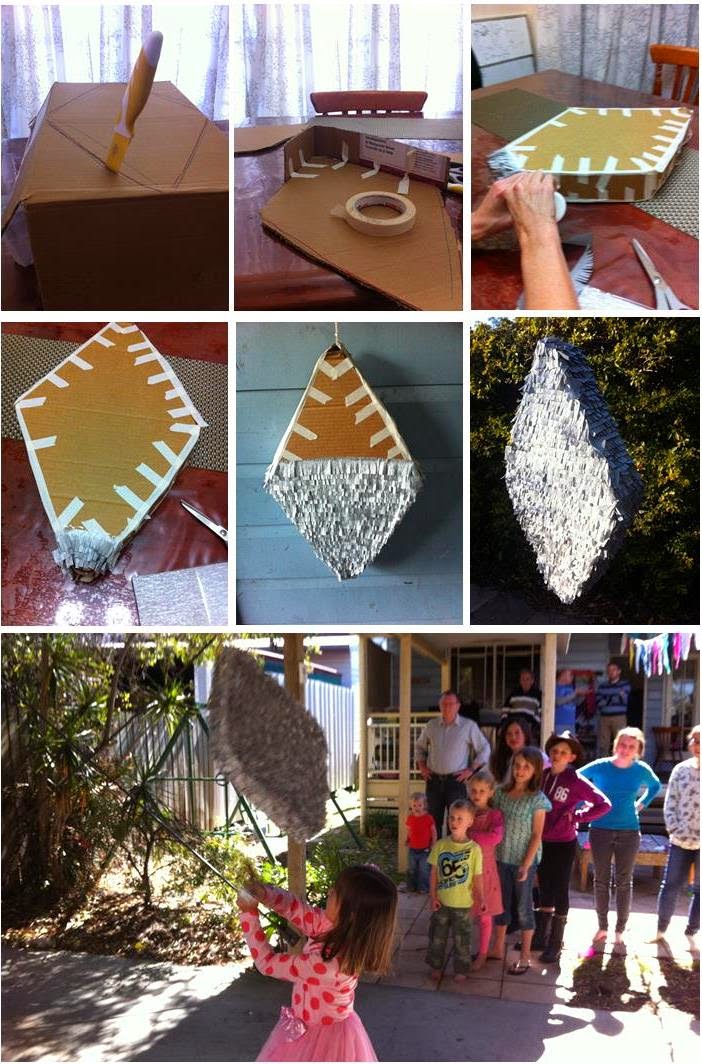 We love piñata's but I have a personal dislike for kids bashing to smithereens anything that resembles animal or human. We try to make only inanimate objects. So of course we could not bash a pony piñata. Since each pony has a special Cutie Mark we decided to go with one of them. At first it was to be an apple but my cardboard box wasn't big enough so we settled on a diamond - Rarity's Cutie Mark. The diamond was so easy and came together super quick. I still really do want to make an apple piñata though - back to school party anyone?? The diamond wasn't as strong as my last piñata { Disco Ball } which took about 100 hits to break. This one was done in about 12 hits, so extra reinforcing with tape will be necessary next time. Or perhaps it was because we used a hockey stick to hit with? 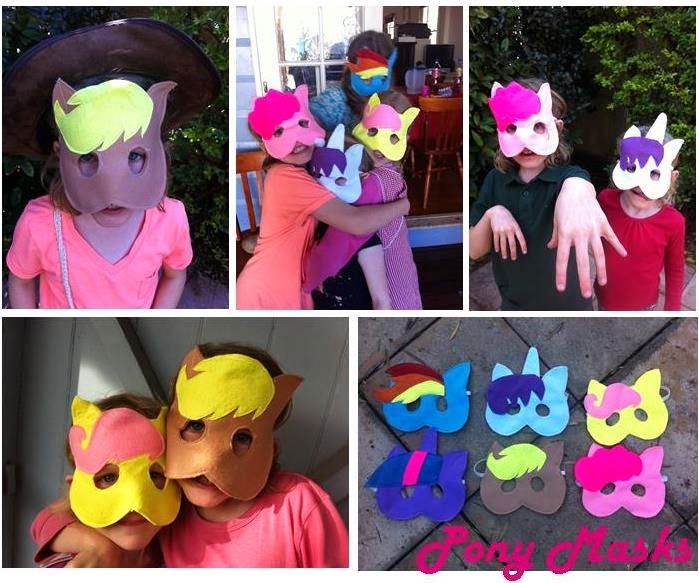 I saw a unicorn mask via pinterest and it look fairly easy and I thought it would be great to make some masks of all the pony's. These were easy once I worked out my pattern. My first one was a disgrace and very creepy looking. Each one got easier and easier and could be whipped up in minutes as compared to the first two that took longer. Miss N loves them and the kids have worn them all week. I think the eyes do make them look a bit creepy though :) 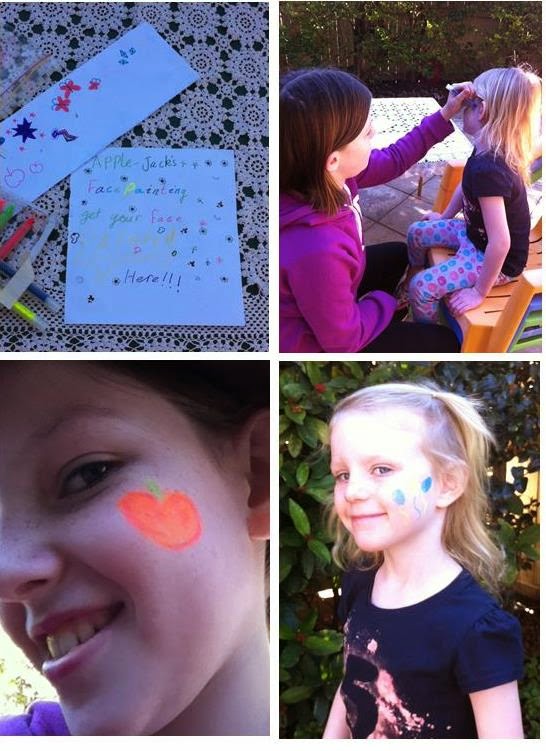 Facepainting isn't my forte and Miss A loves to do it. Had to keep it simple.
On offer was the Pony's Cutie Marks  with facepainting crayons.
~ Balloons, Butterflies, Diamonds, apples. Easy. 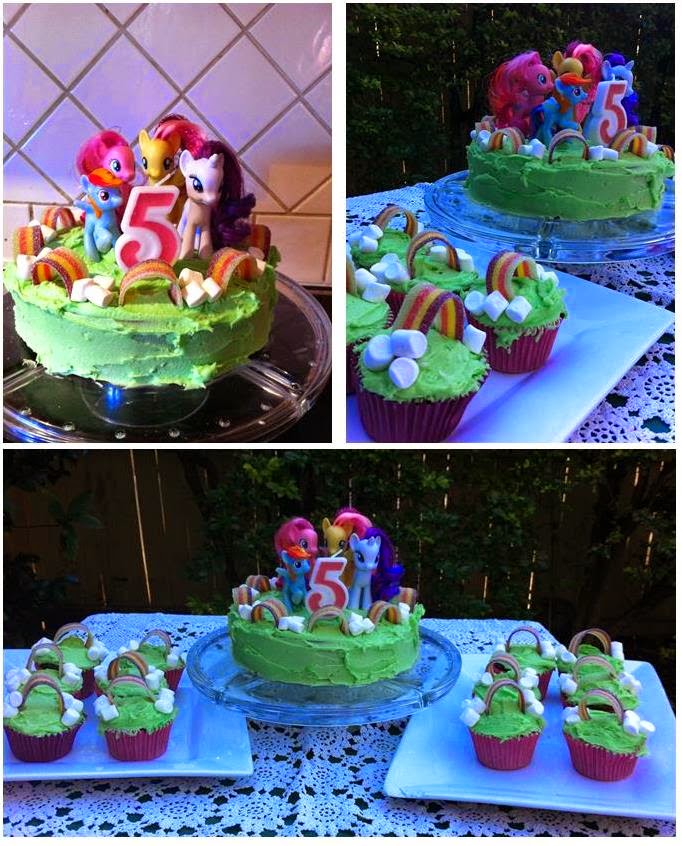 I'm all for easy cakes. There would be NO cakes otherwise. Thankfully google came out trumps and handed me this idea.  I had also marked this pin from pinterest. Easy Cakes for the win.

It was a super simple party with just two other families invited. Between us all that was 10 kids!
Regardless that a couple of her best friends have moved lately she was just thrilled with this and I am glad it all worked out.

Our family is done for birthdays for the year now! Yay! Now to think of ideas for next year...

Apparently its La La Loopsy....
Posted by This Girl loves to Talk at 9:55 PM