Last we left Strahan, The Gordon River, The Henty Sandunes.

Now we were on our way back through the mountains to Launceston. 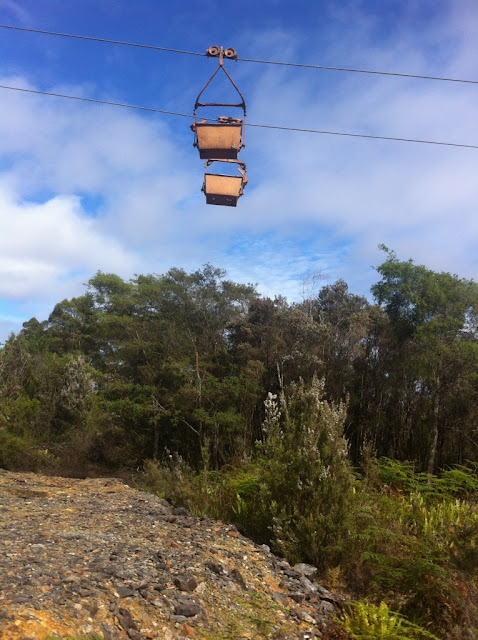 Old Hercules. Aerial ore bucked ropeway constructed to move ore from the Mine to Rosebury.
No longer in use but left. Fun to drive right under. 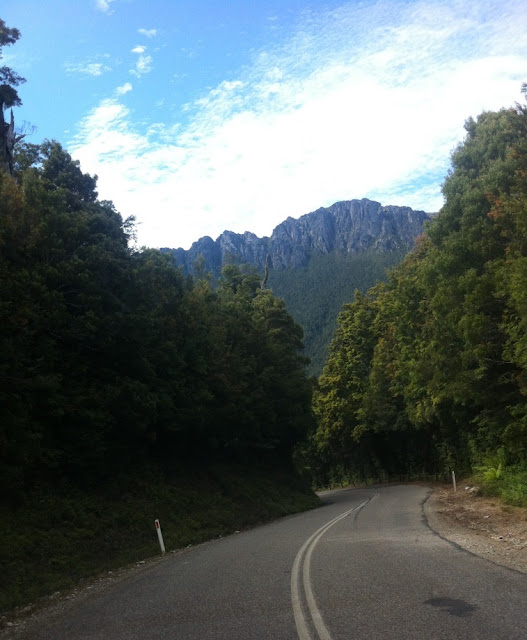 The Shadow of Mt Black which looms over Rosebery 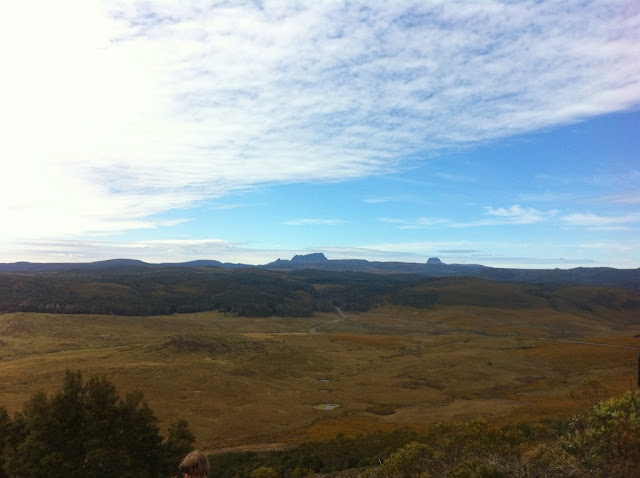 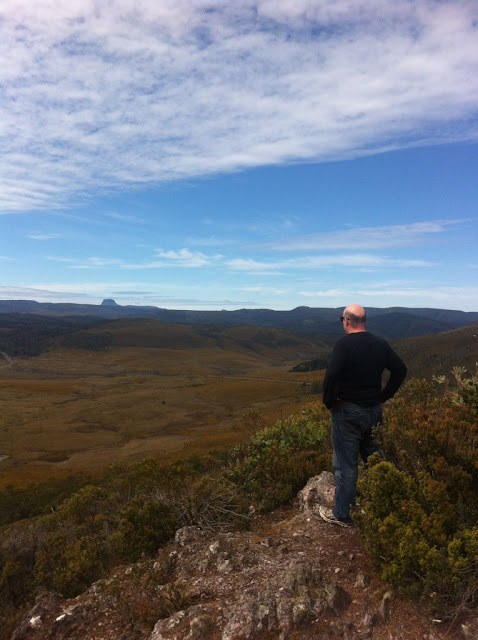 ^^ Lookout to Cradle Mountain. We drove into the park but the crowds were too much and we only had one day to get to Launceston so sadly we only got to see Cradle Mountain from a distance. 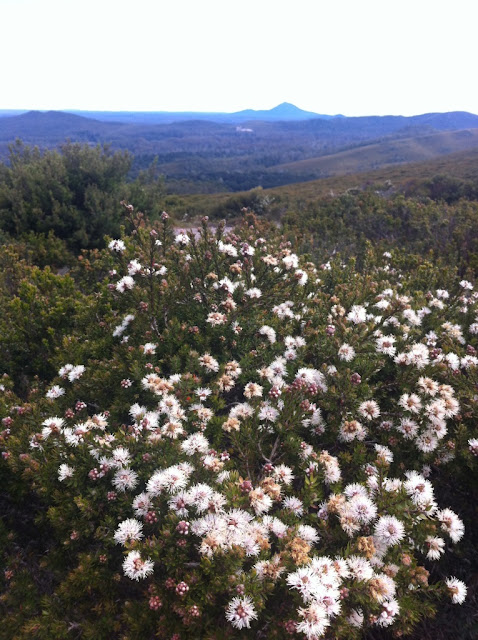 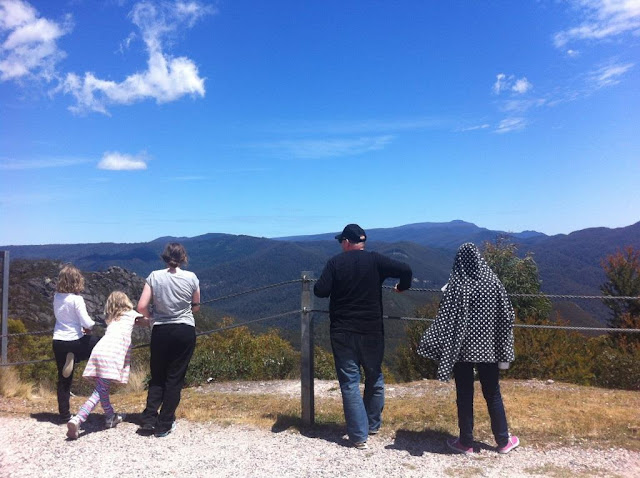 ^^ Another Lookout on our way. Beautiful vistas all the time. 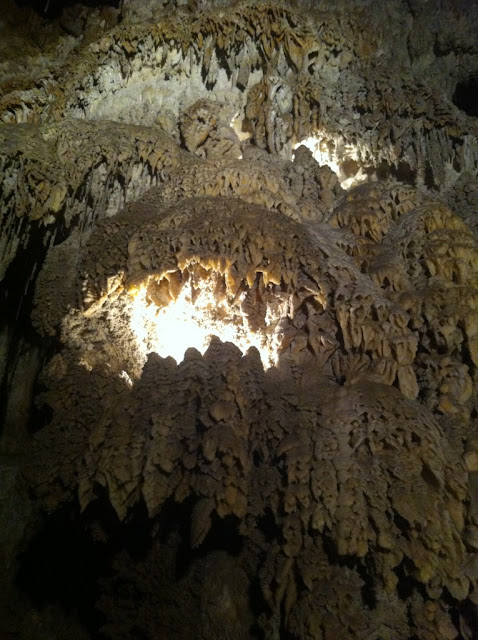 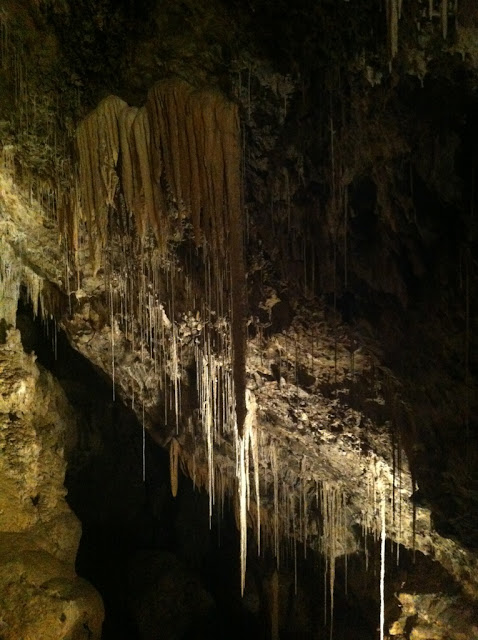 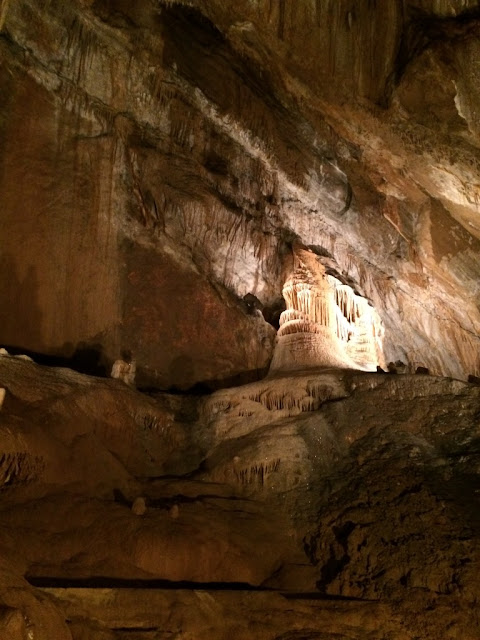 ^^Mole Creek Caves in Karst National Park. The park contains more than 300 known caves and limestone formations. Only a few are accessible to the public. It was cold in the cave. 9 degrees all year round. The caves had glow worms and special type of spider. 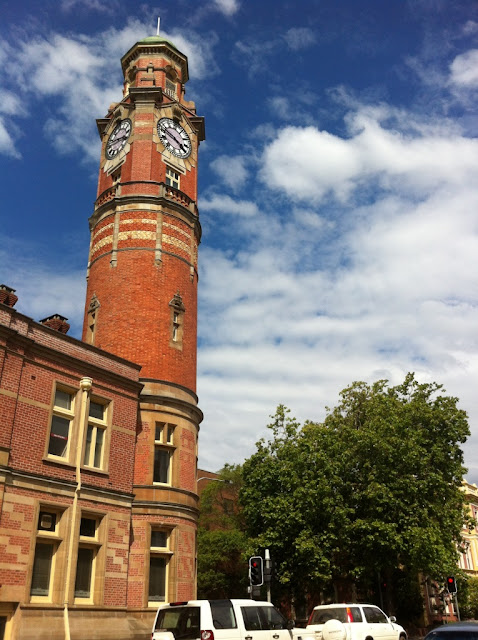 ^^Historic Clock Tower in Launceston. Our hotel was right near by and beside the bed was earplugs because this thing rings all night! 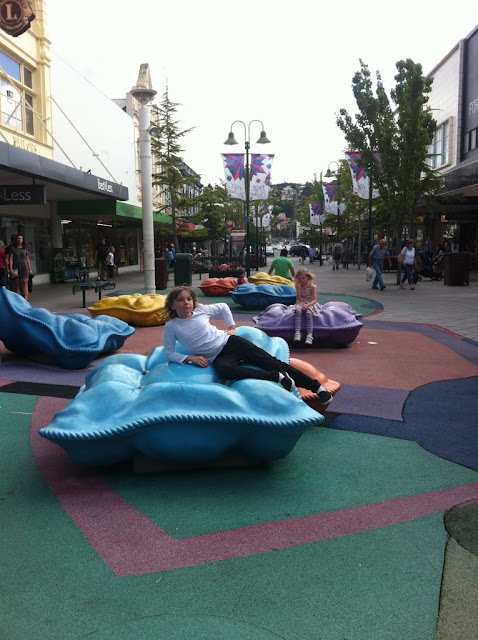 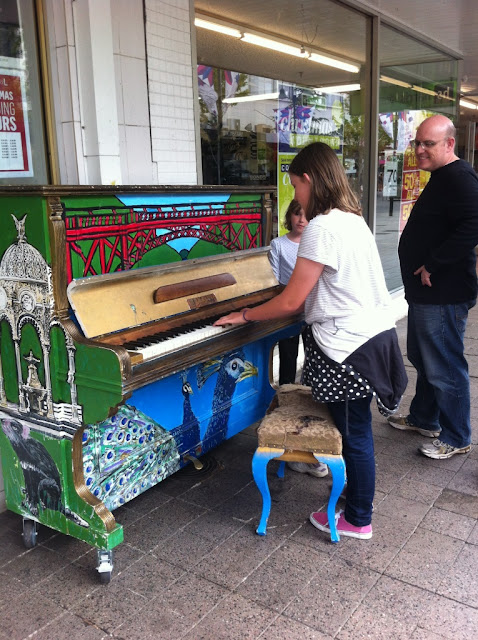 ^^ Down town. Launceston had the most beautiful old homes. I would happily go on holidays where I just look at old houses. Tasmania certainly has that. Sadly we were only here for one day. Wish I had taken more photos of all the beautiful old architecture. 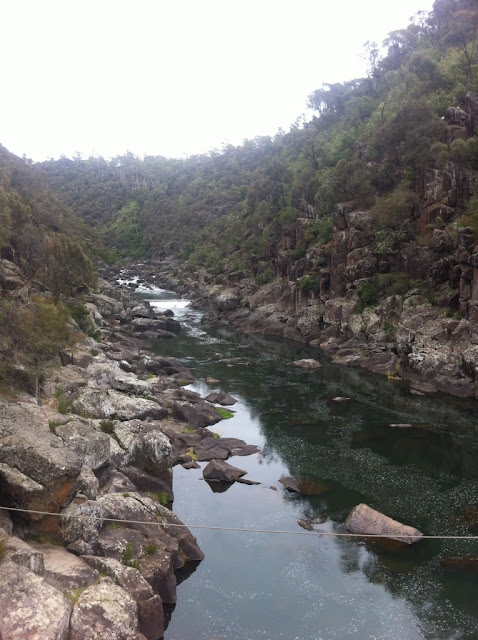 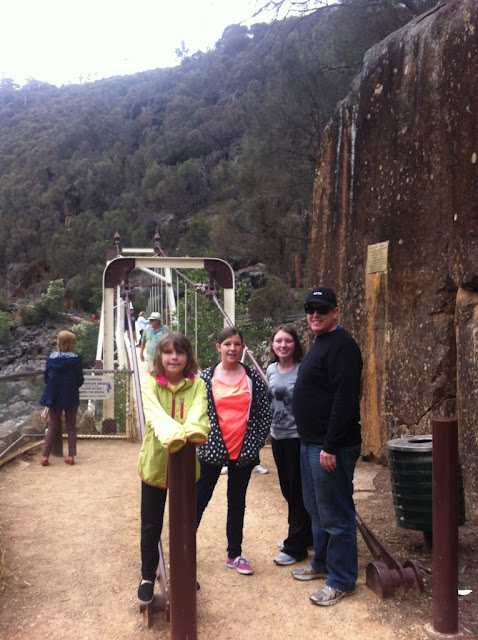 ^^Cataract Gorge. The suspension bridge was almost a bit scarey lol. The Gorge is only 1.5 km from the city centre. Such a nice place to have so close. 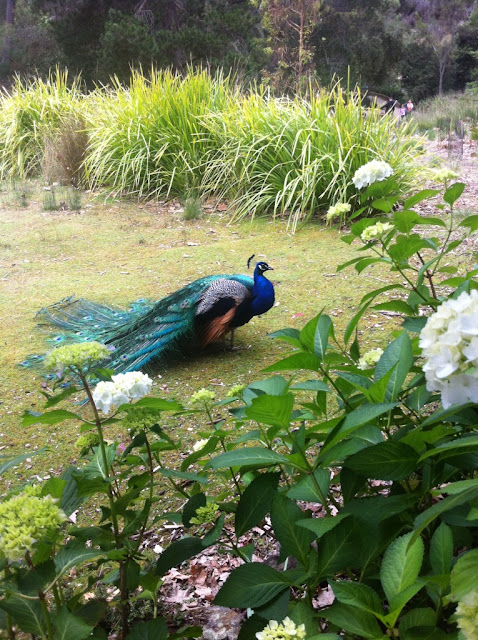 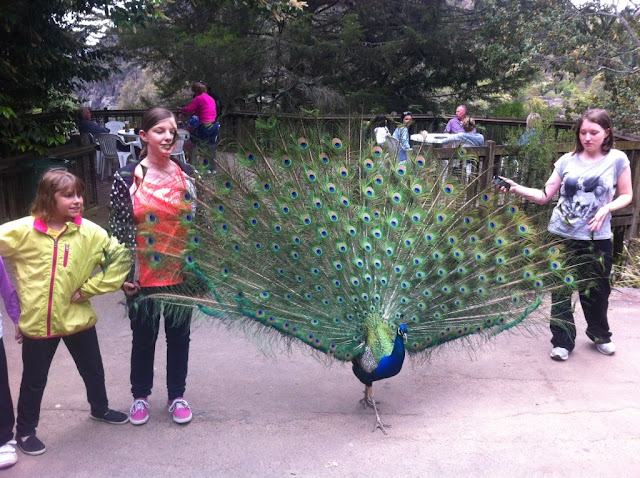 ^^ There were beautiful peacocks everywhere at Cataract Gorge. They were so beautiful. Our youngest daughter had never seen one before in real life and didn't think they were real creatures. It was fun to see her say 'Oh they are real. I've never seen a real one before.' 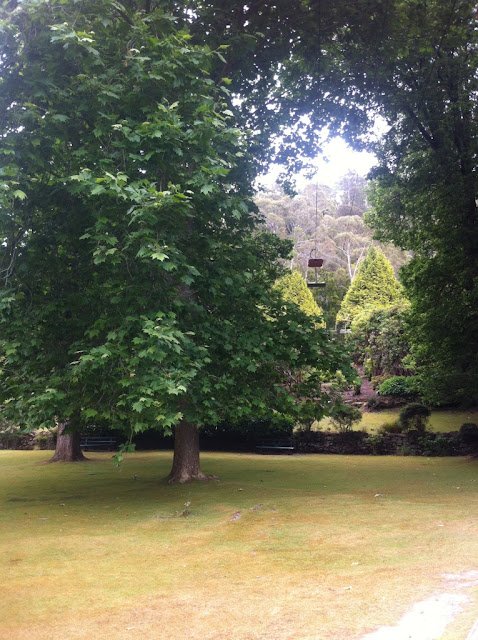 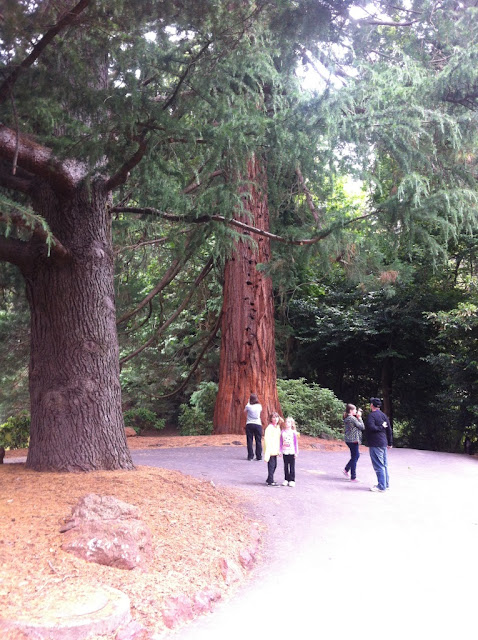 ^^ There were such beautiful trees at Cataract Gorge. There was a very english garden there. Felt very fancy. Kids really wanted to ride the chairlift but were sadly denied by their parents :) The chairlift is the longest single span chairlift in the world!

The earliest recorded visit to this area was made by settler William Collins in 1804 when exploring the Port in the ship "Lady Nelson". He was particularly impressed by the South Esk and its cataract
Further up the River, at Duck Reach , a turbine-driven power station was constructed by the Council and it is understood that Launceston had the distinction of being the first City south of the Equator to be lit by electricity, generated by water power. On the 10th December, 1895, electricity was officially switched on.


We left Launceston for a long Sunday drive to Port Arthur - our last stop for our trip.

Posted by This Girl loves to Talk at 4:00 PM