Being in the Moment Parenting #3 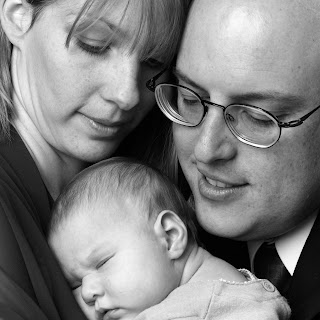 Many adults play roles when they speak to young children. They use silly words and sounds. They talk down to the child. They don't treat the child as an equal. The fact that you temporarily know more or that you are bigger does not mean that the child is not your equal.

Most adults will find themselves as parents someday. Are you able to fulfill the function of being a parent withoug identifying with the function - without it becoming your role? It is necessary for a parent to look after the needs of a child, preventing them from danger and at times telling them what to do. When being a parent becomes an identity, when your sense of self is entirely or largely derived from it, it can become overemphasised, exaggerated and takes you over.

Giving children too much becomes spoiling; preventing them from all dangers becomes overprotectiveness and telling children what to do or not to do becomes controlling, overbearing. What is more the role playing identity remains in place long after the need for those particular functions has passed.

Parents then cannot let go of being a parent even when the child grows. They can't let go of the need to be needed by their child. Adults can't let go of the notion "I know whats best for you". The role of parent is still being played compulsively, and so there is no authentic relationship. If their desire to control or influence their child is thwarted (which is usually is) - the parent will start to critize or show disaproval, or try to make the child feel guilty, all in an unconscious attempt to preserve their role - their identity.

On the surface it looks as if they were concerned about the child, and they themselves believe it, but they are only really concerned about preserving their role-identity.

"If you are so enlightened" Ram Dass said " go spend a week with your parents." That is good advice. The relationship with your parents is not only the primordial relationship that sets the tone for all subsequent relationships, it is also a good test for your degree of Presence. The more past there is in a relationship, the more present you need to be; otherwise you will be forced to relive the past again and again.

Hi Bobbie,
THis really rings true, also knowing about our pre-mortal life. We are a LITTLE older and more experienced than our children, but previously we were living together and have had similar experiences there!
Jenny

Hi bobbie,
i haven't read for a few weeks so i am catching up on what you are up to. The 3 exerpts from the book sound quite interesting. Some of it sounds very similar to the education i have done (Landmark Education). Its all about who your 'being' in life. I have tried at times to just be present to my kids and what they need in that moment. This is a hard thing to do as a mum because we always have so many things we need to be 'doing'. Every now and then its nice to connect with them and not have anything else in the way!