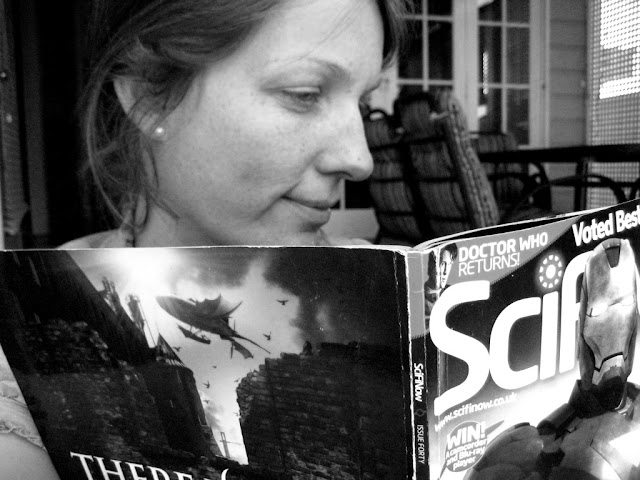 The realisation hit me like a ton of bricks

Just putting it out there.


I was at the library and a magazine caught my notice.

It had  articles about Star Trek voyager and Twilight

So I borrowed it.


While reading I thought I've seen or enjoy nearly every movie/show etc in this magazine.


So I totally blame The Mr right.

Go back 11 years and its our Honeymoon.

It rained like crazy most of the week.  We were staying in little cozy places (not big hotel) so subsequently our rooms had video players (ekk! how old!!) So we were staying in a coastal beach town and headed off to a video store. Show your license, say where you are staying and voila ~ you can borrow a movie.

Along with some Star Trek Voyager episodes.


I had Never in my entire life watched a star trek episode.

So it was all down hill from there really.

The Mr had me. Captured. Married to him.


Last night The Mr totally busted me laying on the bed reading Sci Fi Now.
Every man's dream right?
Posted by This Girl loves to Talk at 12:29 PM