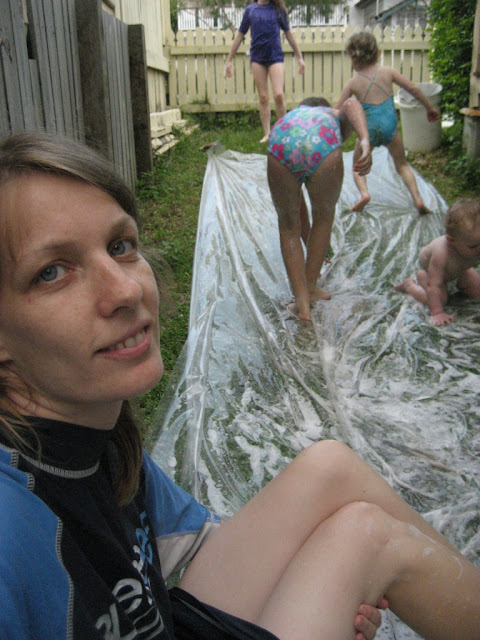 I saw some Slip 'n' Slide's at Toyworld.
I was going to buy one.
Then thought we could make our own with a  roll of plastic we have.


Sadly though it has been raining nearly everyday.
One afternoon we had a brief parting of the clouds.


We just needed something to keep our plastic down.
Dinner knives work well in case you're interested.
So with our lovely silverware keeping the plastic flat.


It has been many years since I've done something like this

The kids looked liked they were having so much fun I wanted to try.

Ummm if you didn't know : it hurts 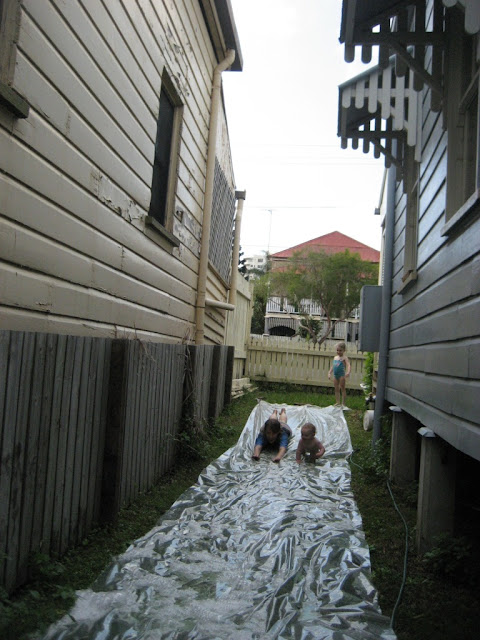 So here is the one and only photo of me doing it.


Instead I just sat in the sudsy goodness with my legs up.

The girls decided that slipping along on your tummy and going THROUGH Mum's legs was sooo much better. 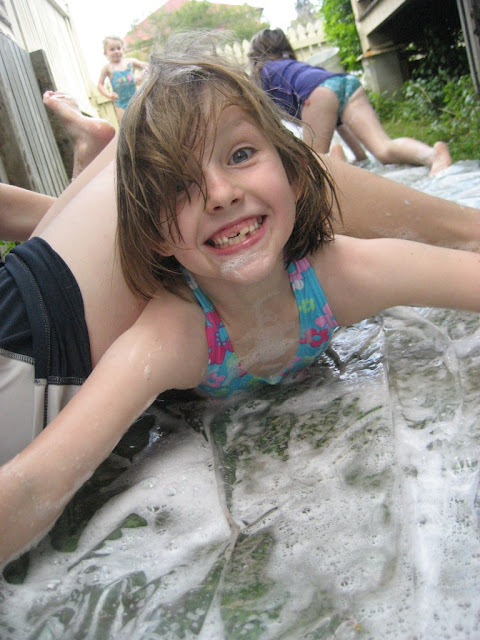 I have never heard N laugh so much in her life. She smiles 24/7 but the kid rarely laughs. She's got a nervous type giggle that sounds like she is almost crying. But this time she was full on laughing.

It was so joyous to see her slippy sliding everywhere on all fours. She was cacking herself so bad.

Non stop laughter, like this was the most hilarious thing she had ever done/seen. 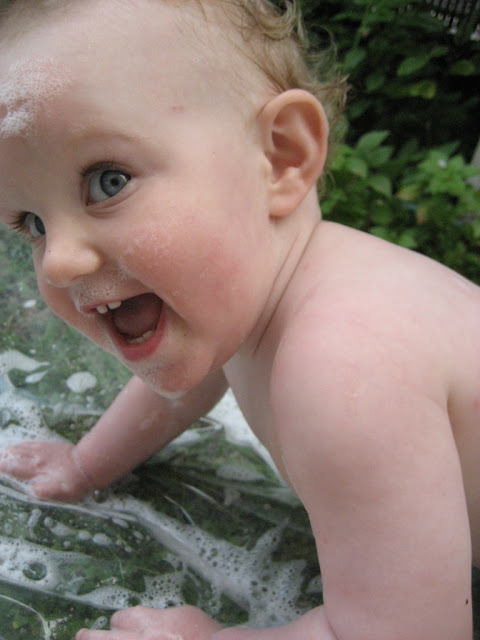 Sadly our little incline wasn't enough to get any serious speed. The girls laid out about 15 metres of plastic but they only made it about 5 metres along each time.

Note for next time. You don't need that much plastic!!! 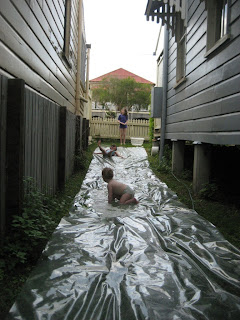 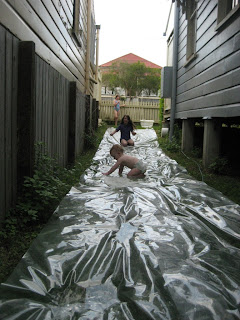 The thing that made me most happy? When a 10 year old friend from a few blocks away stopped by our house a few days later. We had the plastic hanging up 'drying' out (and to let the grass renew itself :) We told her all about it. She said ' Whats a Slip and slide?' We described it 'sliding on your tummy or bottom with water and soap. She literally looked at us amazed and said she had never heard of such a thing. I invited her to do it with us next time.

It reminded me that while I feel I sometimes fail as a parent. I know I get it right on occasions!

I was also reminded yet again. When I sit and DO NOTHING my girls love it. And really, there will only be so many years left where they can slide under my legs. I realised that they are almost too big. If I had waited any longer, I would never have found out this joy. They are growing before my eyes and pretty soon wont want to slip and slide with me.

Posted by This Girl loves to Talk at 7:57 AM

LOVE it!! Your girls faces look SO happy!! As soon as it warms up here we are totally doing this!