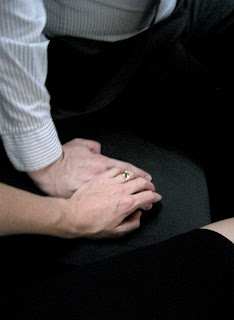 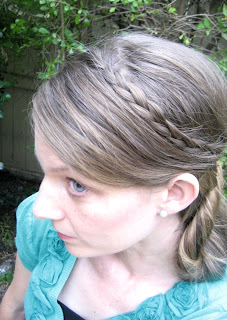 Hands and Hair
I wore green to identify with Elphaba and attempted a fancy do???

The taxi arrived to wisk me away before I got to say my, goodbyes, be good for grandma, do this do that, before I had everyone happy and settled.  I was caught unawares but it was fun to dash right out and slide across the seat from the door The Mr held open for me.

You can tell I don't get out much. I think this is like the 4th taxi I've ever taken in my life :)
(There's  never been a need when you don't drink I suppose)

Dinner out may have been a fail...(I'm a connoisour of Pad Thai Noodles and these were the worst I've ever had) lets be glad there is always more opportunities for other dates to rectify that.I seriously can't wax lyrical enough about how much I love to hold the Mr hands. It's ALWAYS when on a date that I realise I don't do it often enough. I said to him, I love when his hands are free of his phone, toddler, whatever, that leaves his hands free to rest on my knee, the crook of my back, to entwine pinky fingers together. Oh be still my beating heart! 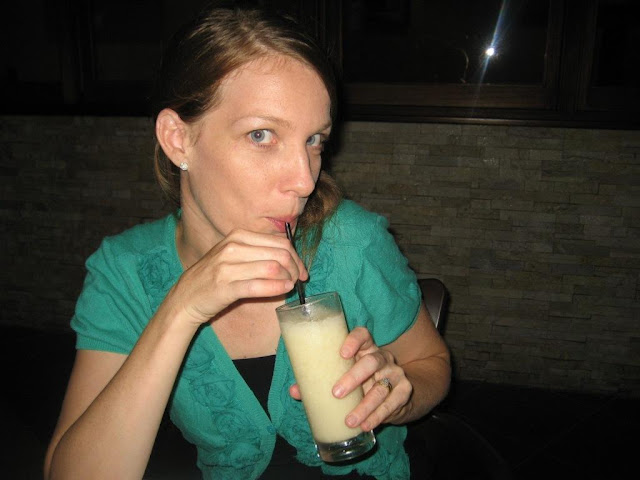 "I love Pina Colada's" (non alcoholic of course) I may have given the Mr a few renditions.....
Then onto Wicked. Almost four months in the making. Floods and birthdays and anniversaries all past. WE were finally catching up! G was very sick this week, I almost thought that if I or anyone else gets it I will once again MISS OUT! Arrrgggggg!!


I will be honest and say I did no research into Wicked.

I was going by the hundreds of friends and facebook comments I read about 'how amazing' it was.

So sitting in the theatre for the first half hour or more I was depressed. The show was terrible.

Wicked was cheesy, teenagerish, camp, and the singing was very screechy  and nearly did my head in.

I know people that have been to see this 6 times or more.


Then I heard a voice, accent and all of Mr Potato Head from Toy Story  saying

seriously over and over again. I couldn't stop saying it :)

I lament to The Mr about wanting to be more cultural and understand ballet and opera and theatre. Then when I get there I think it's crap?

By the end of the first half I started to enjoy and I did enjoy the second half. At the conclusion I felt it was a alright production. I was happy that I got to see it. I was happy with was that it was fairly sex free, swearing free, all characters were modestly dressed and that the message it presented was ok (well the jury is still out on that - you know the whole 'wickedness is good, and good is wickedness thing)

Now I'm sitting here typing I'm thinking of some of the funny things that were in it. And the fact that I had no idea Burt Newton was the wizard. I think The Mr and I both gasped/laughed when he came out.  The cheap jokes did appeal to me. I laughed at them all. I just wasn't expecting it 'to be like that I suppose'

Would I see it again? Probably once more. But I just don't think I could handle Galinda's voice more than that. YIKES.


As I lay in bed that night I turned to the Mr to thank him for such a thoughtful Christmas/Birthday gift. I thanked him for coming along to something that was so 'definatively girly' that he is a great guy to put up with that and to buy me gifts that are helping in my efforts to become 'more cultured'

He turned to me and said 'It's fine. I love Musicals. I've been in several.'

And then he rolled over and went to sleep while I  lay there awake musing on the mystery that is my husband.

Today I decided to google negative wicked reviews (don't know why I don't do this more often before I go places (maybe I dont want a downer BEFORE THE FACT?) Here's a few notable places that agree with me :)
The New York Times: Wicked review
"The current cast is a patchwork of wildly uneven talents; Elphaba isn't the only one who looks green."
The New Yorker: Wicked Review
"The show’s twenty-two songs were written by Stephen Schwartz, and not one of them is memorable."
The Village Voice: Wicked Review
"Hence Wicked, a hideous mess of a musical that wants to be many different things, and rarely succeeds in being any of them."
Talkin' Broadway: Wicked Review
"Though the basic story of Elphaba and her crusade against the increasingly totalitarian rule of the Wizard has been retained for the musical, the lack of a singular vision or firm artistic hand makes the show, unlike the book, a muddled, unfocused enterprise."

Ouch. But I feel vindicated. I'm not alone.

Which is Ok. Because I got this anyway. And that was the point of all this. Time Out. With eachother :) 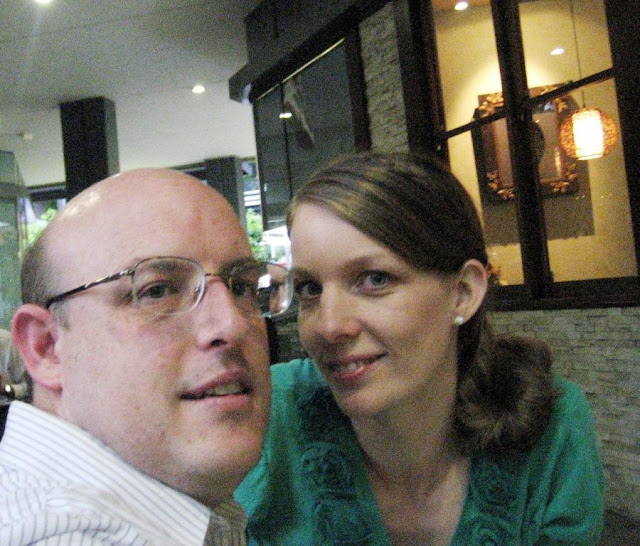 And Green is The Mr's favourite colour :)

Posted by This Girl loves to Talk at 2:49 PM

This post made me laugh firstly because my kids always say that line from toy story (I have no idea why :) and secondly, the part about Ken rolling over after telling you he'd been in 'several' musicals....hahaha. Our poor husbands who have to listen to every.single.thought we ever have and probably never have a chance to tell us anything - hahaha.

And I completely agree that if you didn't know wicked was comical it could throw you a bit :) whenever people tell me something is amazing (like a show/movie etc I often fee dissapointed because my expectations were SO high before going in :) but if I tell myself it won't be any good then I usually love it....hahahaha kidding!

Sorry that your dinner wasn't so tasty. I hate that; especially, when it is such a treat to go out to dinner with your loved one. Yesterday, we went out to eat for St. Patty's and our favorite Irish restaurant decided that it was going to cut back on it's menu to be able to keep up with the demand of drinkers that day. The only thing Irish they offered was corn beef and cabbage which they served in a paper bowl. I sent it back to the kitchen and told them to take it off my bill. So frustrating. I had a similar experience with Wicked too! Read my review here http://travelingbugwiththreeboys-kelleyn.blogspot.com/2008/10/mixed-review.html Hope you have a great weekend. I hear the prince is coming to Queensland.