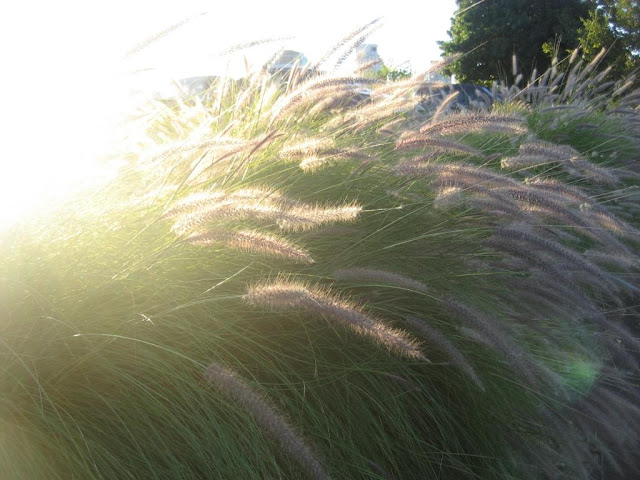 I always remember Winter Solstice because it's my mothers birthday.

I wanna celebrate Winter Solstice in some way with my girls

well I'd prefer a nice celebration with The Mr but he isnt here :(


Do we do some sun related activities now that each day shall progressively bring us more sun?

We did a bit of both of course. 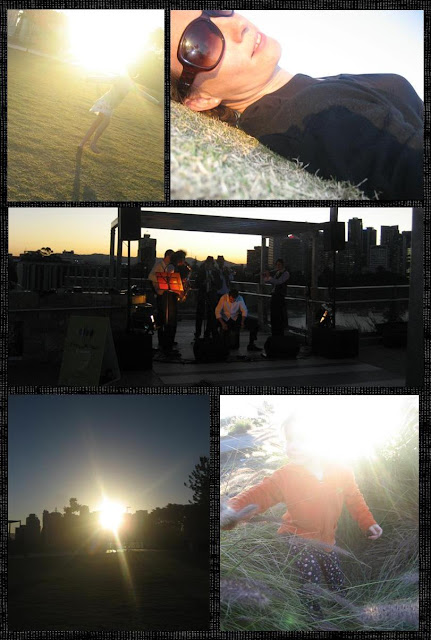 We went to watch the sunset on the shortest day. We almost didn't make it! It was pretty low in the sky when we ventured up after 4pm, but it didn't truly disappear until 5pm. Also apparently today was Fete de la Musique. There was the coolest Balkans Folk Band playing some Gypsy type music for free for us to enjoy. The idea was that all around the world on the 21 of June, music would be played for free everywhere. Apparently 100 countries were participating. The girls had lots of fun dancing around to their beat. 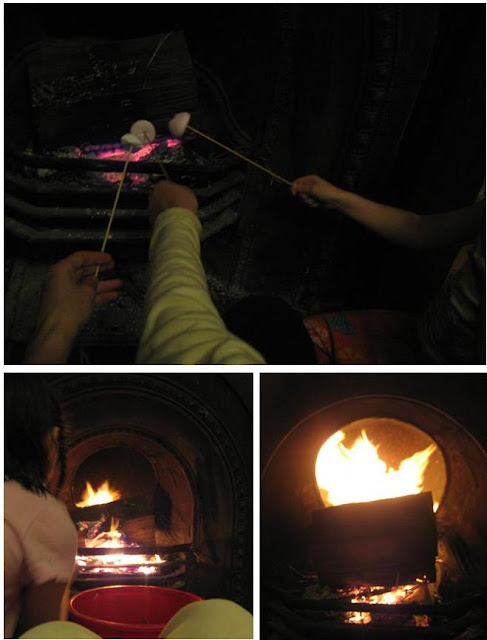 And even though we had a fire last night, we decided to have another tonight to celebrate in true Yule (winter solstice) style. For the shortest day of the year it was pretty much a spring/almost summer day today!! Warmest its been in weeks! So even though we werent that cold we built a fire. I think The Mr shall be proud of us. He has taught the girls well in how to build a fire. They know how to layer it all and get it burning good. We almost don't need him :) (Just joking darling.. nothing could replace you, even a warm fire)


The astronomical definition comes about as the winter solstice is the day when the Sun is at its furthest north, it is at its lowest in the sky and the length of daylight is the shortest in the year. The North Pole of the earth will be tilted toward the Sun, which will have reached its northernmost position in the sky and will be directly over the Tropic of Cancer at 23.44 degrees north latitude. This is the first day of summer (summer solstice) in the northern hemisphere and the first day of winter (winter solstice) in the southern hemisphere.

Did you miss solstice? Well guess what you can celebrate it tomorrow! Even though 21 June is the traditional solstice it changes a little each year and the exact solstice for this year is June 22 at 3:16 am A perfect time to do a little astronomy with the kids. (not at 3am, just tomorrow night sometime :)


I think we might have to celebrate again tomorrow too.
Posted by This Girl loves to Talk at 9:44 PM

I had to think ... Im guessing its your winter as its our summer on the other side of the world !!

Would you be interested in joining a blog hop over the weekend ??

I don't know how you find the time to do cool things like this with four kids! I wish I was more spontaneous!