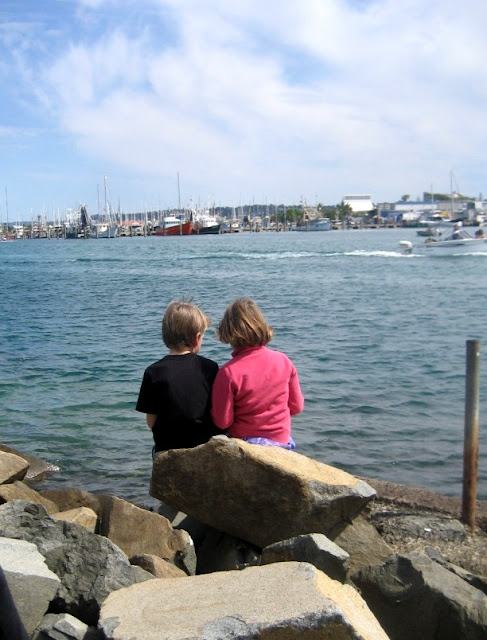 As my almost 8 year old nephew had his 2 year old cousin wrapped around his little finger I reflected on the nature of cousins.

It reminded me of the bond my now 8 year old had with her cousin who was 6 years older when she was born. That boy would carry her everywhere. They just loved eachother so much. When she got to be about 4 years old we would remind him that perhaps she didn't need carrying and babying so much. But he didn't care. She was his favourite little cousin.

When my girls were born they were the only girl cousins in the family except for one older girl. They were always surrounded by boy cousins. And they LOVED IT! While they are young I just adore this cousin bond, its so precious and can be fleeting (because how many of us grown adults still look at our cousins with starry eyes? Not I!)

Sibling bonds are strong and fierce. You love eachother but often hate eachother too.
Friend bonds are important, they have your back, but you aren't necessarily in love with them
There's just something about a cousin bond that I love so much.

When G was around 3 or 4 she was most indignant that her cousin X would not marry her!
"He says he won't marry me!!"
Of course we reply, he is your cousin. You can't marry him, but you can be best friends forever.

There is a sweet little age when things seem so simple. Even though it weirds us out as adults (ewww!) I think that first love often belongs to a cousin.
To that someone who isn't your immediate family, whom you admire and love so much you think you want to marry them. Someone who is around often enough to love, but not so often you that you hate. The someone to look up to, the someone to run amuck with at long boring family functions, the someone who cares because they know you are family.

I'm grateful that my girls were able to experience that feeling and that they have lovely cousins who look out for them. They honestly have loved each of their seven boy cousins, with a special attachment to the ones the same age or older than them.

It's a first love of the heart.
Posted by This Girl loves to Talk at 12:43 PM