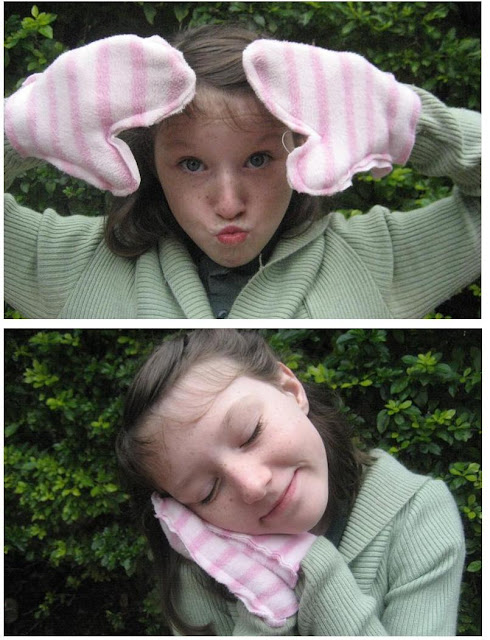 Now, not a lesson persay, but more a child led

So I have no tutorial or the like for you.

Basically it started with an outline of her hands on some polar fleece materal and she wanted to sew some gloves. I think after we cut it out she realised how hard it would be to sew around all those fingers, so I suggested how about mittens?

So with a basic trace of her hand and thumb she was able, with a little help, to sew the curved lines of some mittens

Once she was done though I thought this was a simple sewing exercise I could share with those who also want to teach their children to sew.

Except now all her sisters and friends at school want a pair :/
Posted by This Girl loves to Talk at 11:26 AM