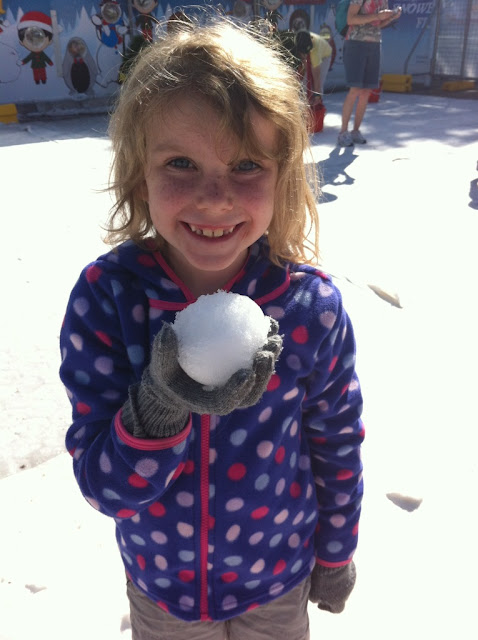 {despite never ever seeing it}

This is pretty much the closest will we get to snow for a long time.
Three mounds of very overpriced ice.

And funnily enough ~ it's mid winter and the weather is glorious.
It was like 25 degrees today. The snow was melting faster than they could produce it.

I never thought I would be playing in 'snow' one minute and actually debating about heading to a pool the next. Crazy! We worked up a sweat! It was probably the totally wrong day for it and perhaps the organisers should consider actually holding it indoors in a cooled room next time.

Winter in Queensland! You never know what the season will bring! 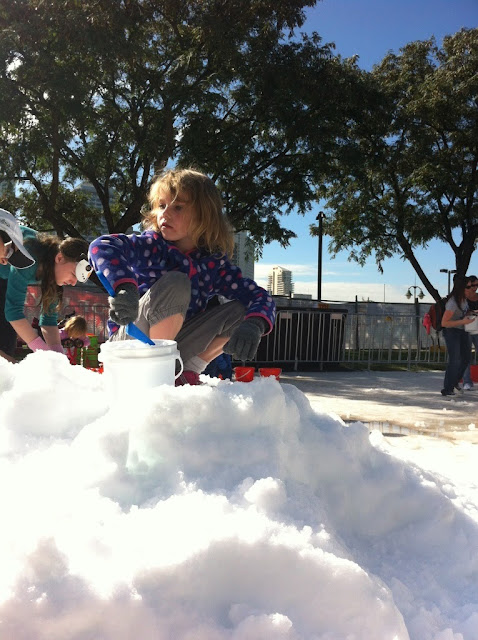 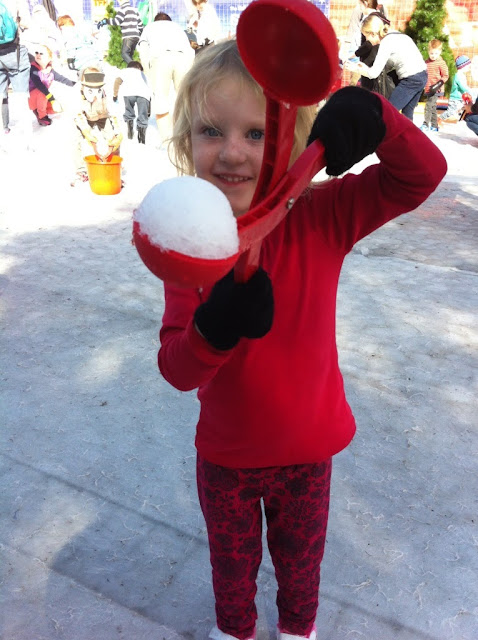 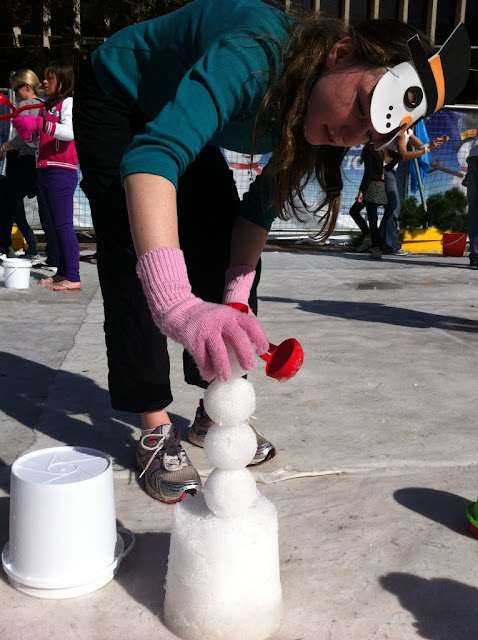 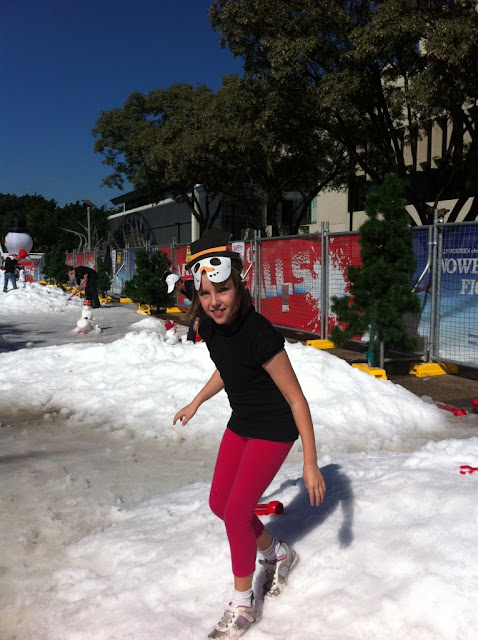 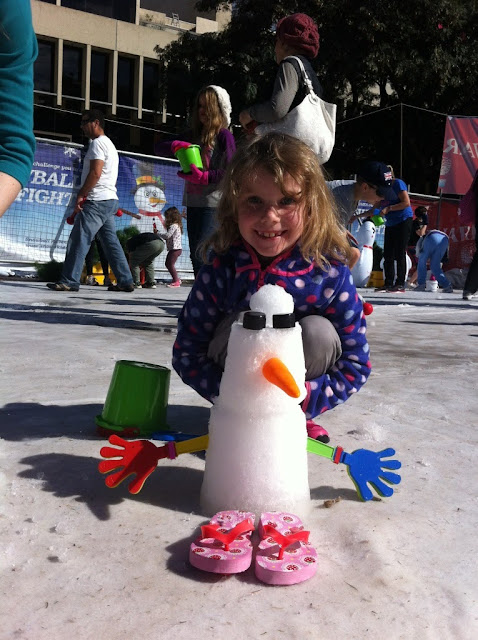 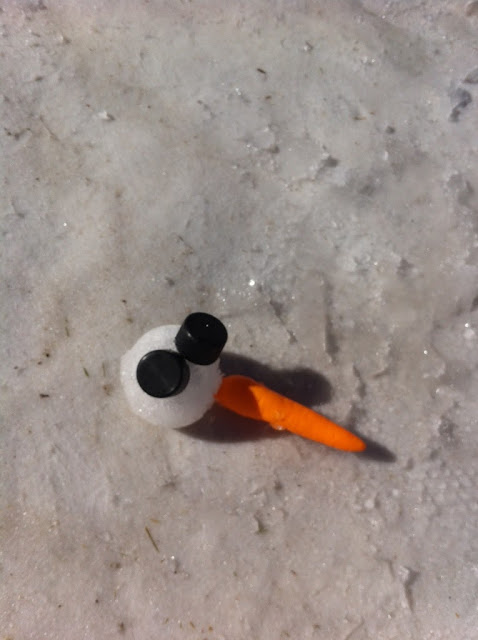 It was a fun activity, although no where near enough time for my girls{only allowed 25 mins inside} My poor littlest daughter took a while to warm up to it, push through the crowds, find the building items etc and just as she finally began to make a tiny snowman the time was up and a worker lady took away her carrot nose without any warning. The poor thing burst into tears and was devastated. Luckily her snow loving sister was the last one off the snow quickly constructed another one for her. I snapped the above photo for her as we were being kicked out.. lone snowball snowman by 3 year old. 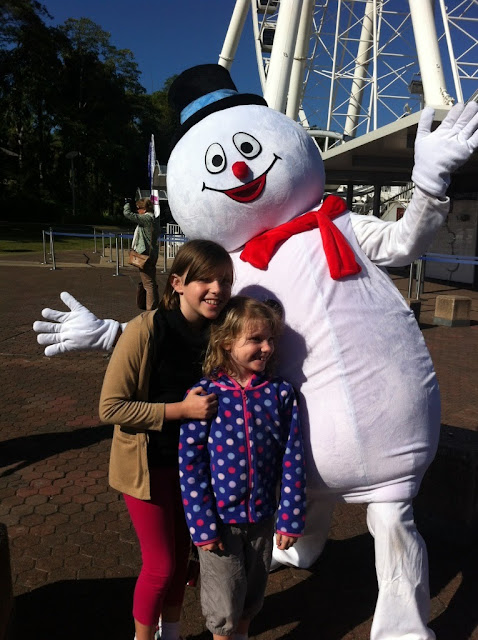