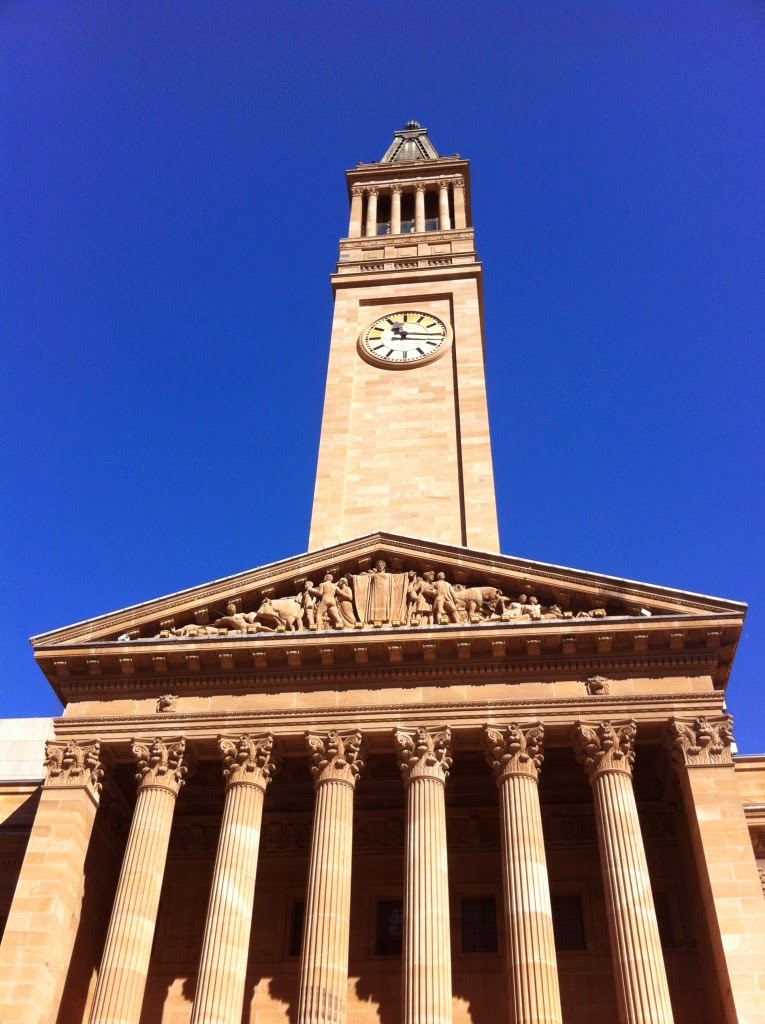 Have been wanting to go up the City Hall clock tower for some time.

This time we got there as doors opened {10am} and got a tour for one hour later!

I have been up the clock tower a  few times in the past.
Back in my teens with friends and past boyfriends!
The tower was closed for couple years due to renovation and other times I always had a baby.
It's been about 16 years since I've been up there! Boy does time fly! 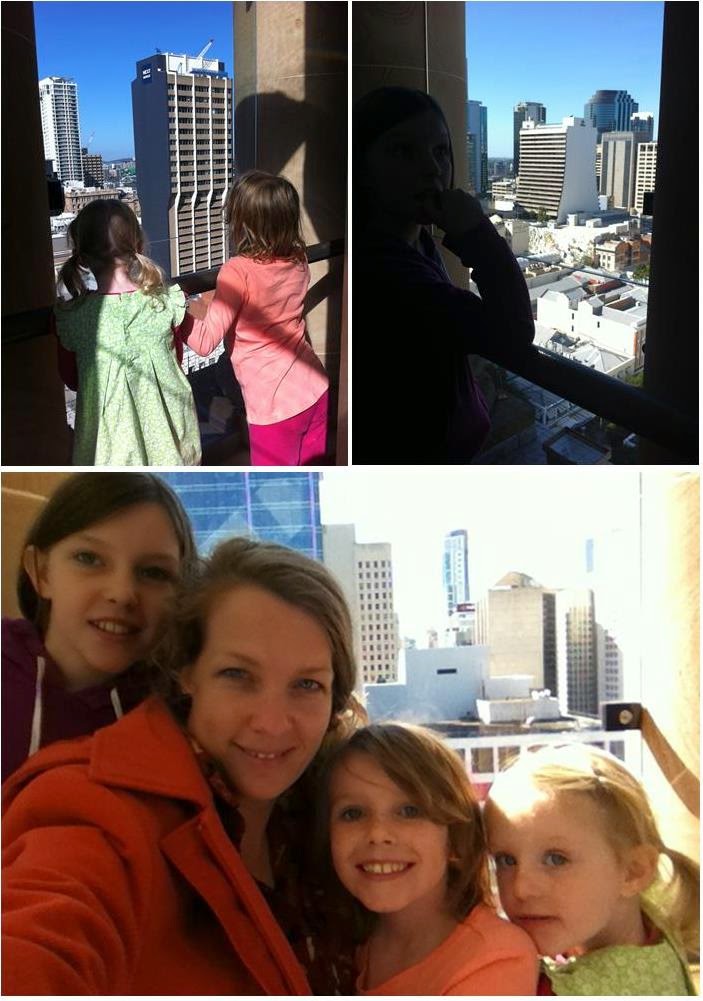 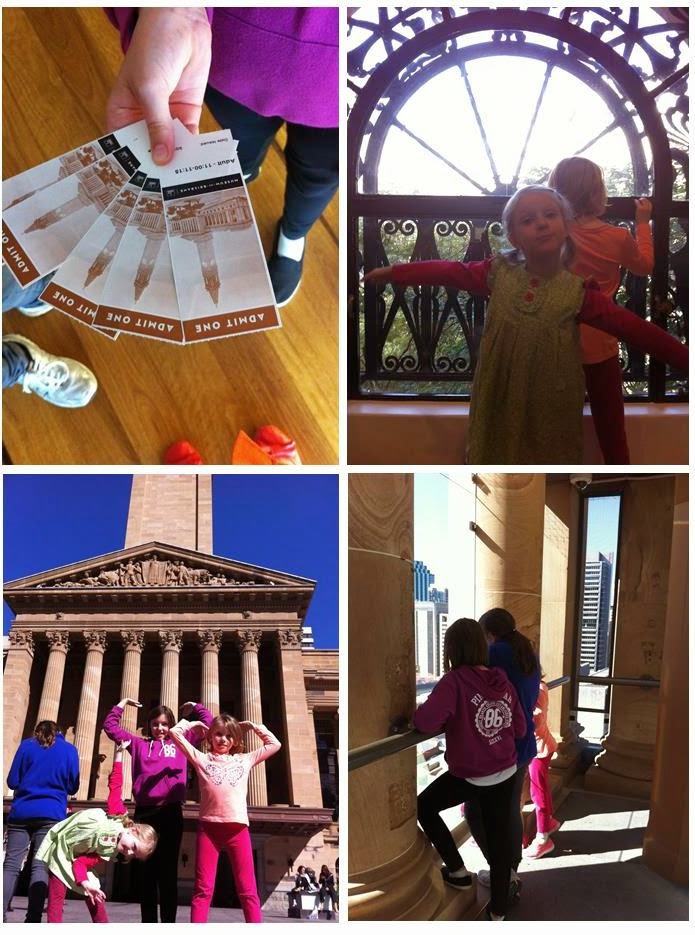 The girls really enjoyed the tour. The other people on our tour didn't turn up so we got a private tour of just our family! The elevator operator let the younger girls control the lift with the original lever {while secretly really controlling it electronically these days ;} Whist no longer the tallest building in the city there was still lovely view. We spied some secret gardens and interesting to look down around. It was fun to ride in an old style cage elevator through the brick tower ~ Apparently the tower used to be lined with books and records. The girls commented that they could see names/graffiti scratched into the bells! There is an actual regular sized grandfather clock inside the tower regulating/keeping time for the four faces of the clock tower that each have their own machine to move the hands.

When the clock was built, it was the largest public clock and most modern in Australia
The clock face is almost five metres in diameter
The minute hands of the clock are three metres long
Over 1,000 screws hold the white opal clock face in place
The clock chimes are known as Westminster or Cambridge and consist of four bells weighing over three tonnes that chime every 15 minutes and a 4.3 tonne striking bell that marks the hour
The clock tower is 92 metres high, with an observation platfrom at 76 metres