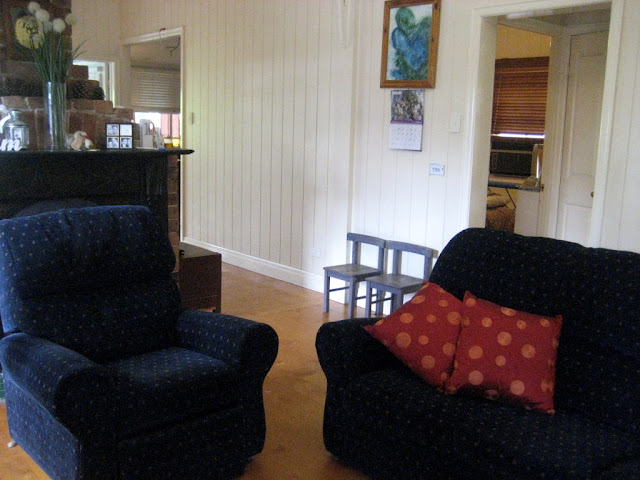 So I was passing Target last week and they were selling cushions for $3. What a bargain.


I've been putting off buying a rug and cushions for about a year now. I have commitment issues if you haven't already noticed. Can't quite decide what colour I want. Well I think I want red, but not positively sure.

I mean we've had both cushions and rugs before. They just happened to die a slow death.

The rug was stained/washed till the end of it's life and the corners started turning up.

Then it was bye bye rug.

That was about 4 years ago.


Anyway, back to these mega cheap cushions.
I thought, welllll if I buy some cushions then I can match a rug to it.....
Ha. Buying a cheap thing to then match an expensive thing to it.

I hope I'm not the only one that does this?? Crazy


Well those cushions lasted all of about 10 mins on my couch before I could not stand it anymore.

Miss N with yoghurt fingers just had to touch them.  My body recoiled.

5 mins later Miss N is on the laying on cushions on the floor pushing herself along.

Dragging the cushion through who knows what dust/dirt that seems to be on this floor though I sweep daily and mop 3x week.

Thrown on the ground, used for padding under bottoms, stepped on, touched constantly...


Nope, can't stand it any longer.

So the cushions were put up on top of the bookshelf.


Where they have remained since.

Maybe if you're lucky I'll get them down while your visiting. But for the time being we will have to continue to be cushionless. But the couch looks good doesn't it? I steam cleaned it myself. Just wait for that post - It was disgusting what came out of that couch :) 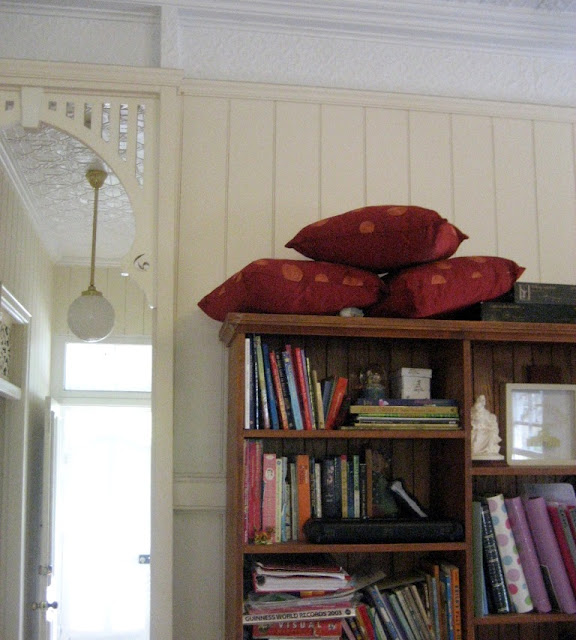 Cushions adorning the top of bookshelves - its all the rage don't you know?
Parent decorators everywhere will soon be following suit.
I'm just ahead of the game :)
Posted by This Girl loves to Talk at 10:09 AM

Make and enforce rules about the cushions, I do!

how did you steam clean your couch? I want to do that!

I thought about buying cushions that match our couch, but the last lot of cushions I bought are adorning the couch in the playroom because the kids insist on taking them with them. So the couch is adorned by a Thomas the Tank Engine cushion my mother in law made which the kids seem uninterested in taking in to play with despite it being made for that purpose.

I don't get too riled up about it, but I have given up on having nice cushions on our faded old couch ;-)