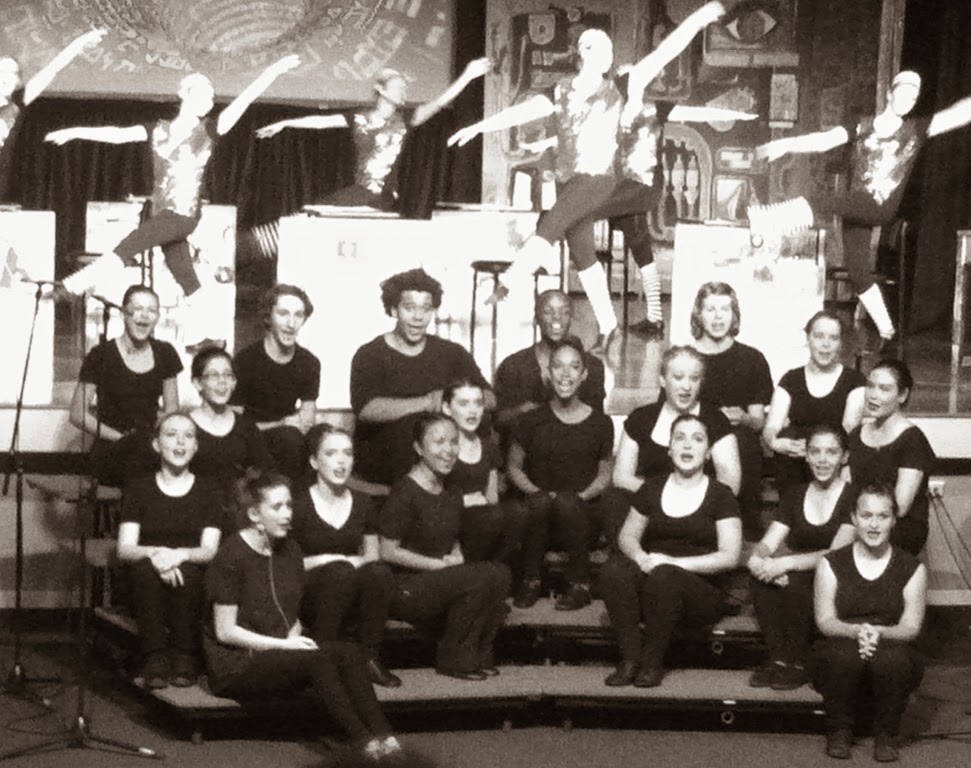 We can't sing in our family.

Just the other day I saw three kids sing at a function and they were like angels.

Weeping with sadness that that type of beauty would never come from our family.


Why oh why couldn't singing be one of our talents!

I'd be happy with just sweet passable singing. We don't need to be known for it or anything.


I mean I really can't sing.
When I say I can't sing people always say, "Oh neither can I, don't worry."
One time that exact phrase was used.  A few weeks later the poor person had to stand next to me in  the Relief Society Choir when we sang at the christmas party.
She came up to me later and said
"Oh you really meant that you can't sing! You were bad!"
"..erm ....yes. Pretty sure that I said I can't sing"


There was this one time my kids were singing with a group of children. Due to the nature that my kids are short they were pushed to the front. Everyone wants to be able to see you! Unfortunately that meant being pushed to the front right up into the microphone. Sadly for the audience that meant off key bad singing from one kid being projected loudly throughout the hall. After that instance I always reminded my kids to never let anyone push them to the front and if they ever did find themselves in front of a microphone again they were to mime!


There was another time when my kid was chosen to sing a part for their good behaviour. When they found out how she actually sounded, they politely still offered the same piece but she got to speak the words instead of sing. Phew. Nice save!


Out of the blue one day my daughter said she wanted to join the school primary school choir. I was like 'Oh really, what a great idea :/'  I was mortified for my poor child. I even went and approached the music teacher stating that if she wanted I could quietly and politely steer my child to another passion. Of course the teacher said 'No way, we accept anyone who is interested'. And thus began 2 years of primary school choir practice.


Over time I could see improvement. Not earth shattering improvement, but definite improvement. I no longer felt the need to hide in shame and run away.  Terrible off key, tone deaf, flat singing was replaced with just mediocre bad singing. I thanked the music teacher profusely for being caring and spending the time, putting up with that singing, and training my daughter.


This past week after 3 months of practice I got to witness my beautiful daughter perform in a musical. On her second day of high school she decided to try out for the school musical {braver than I was as a child} and she made it into the chorus {so glad for attending a tiny school that was happy to accept anyone who wanted to try} She had several small parts {a tree, a card guard, ribbon dancer} and several songs to sing with the chorus of about 15 kids.


For the most part we are still low singers and not very good.


But oh how my heart soared when I saw her poised elegantly waiting to sing...

Sitting directly beneath a microphone.


And everything was fine.


I could hear her and it was beautiful.

If you keep trying one day your weakness will be made strong.
Not perfect. No.
But stronger than before.

And yet another lesson learnt as a parent.